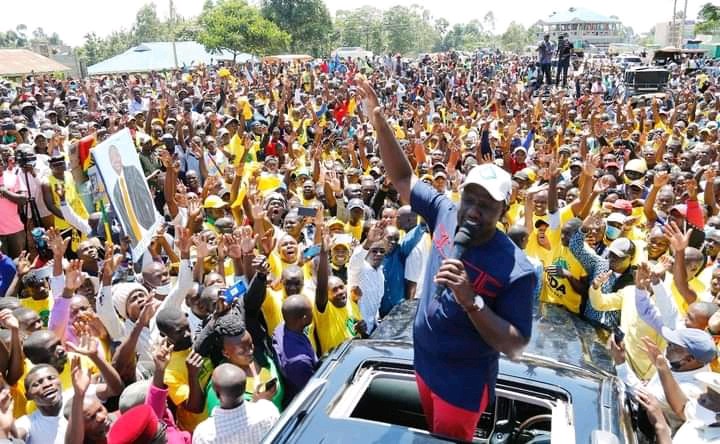 2022 politics has gathered momentum across the country. Political leaders and other aspirants are now transversing different parts of the country in a bid to popularize themselves to the Kenyan voters. The majority of them have officially kicked off early campaigns.

On Friday the Deputy President Dr. William Samoei Ruto officially began his Western Kenya tour as he seeks to woo votes from Musalia Mudavadi's home turf. The second in command is expected to camp in the region the entire weekend. 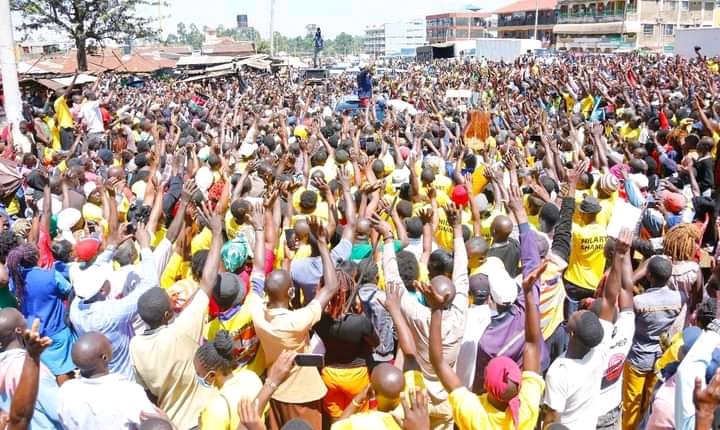 While addressing residents in Kakamega, the Deputy President lashed out at his rivals telling them to stop disturbing President Uhuru Kenyatta but instead face him head-on.

He said his close competitors have forgotten that President Uhuru Kenyatta is serving his last term in office and he will not be in the ballot box next year. He added that he is the one who they will face hence they should face the reality. 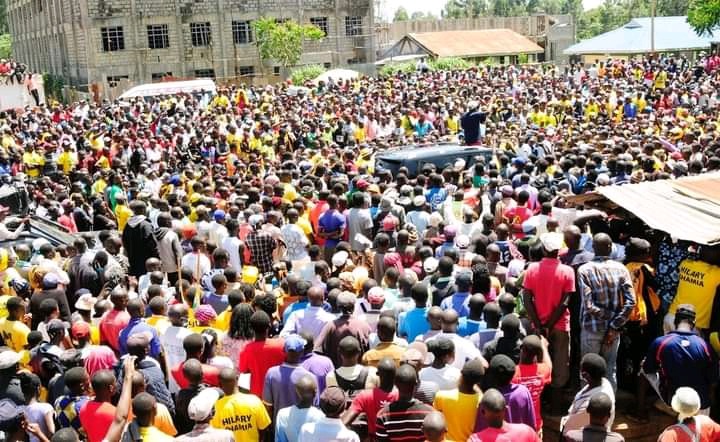 The second in command also said his rivals are wasting time seeking support from the president instead of facing Kenyan citizens who are responsible for voting. He criticized them for constantly faulting his bottom-up economic model saying that his rivals have not launched their agenda for transforming the country.

"Stop disturbing Uhuru Kenyatta, we helped Uhuru Kenyatta become president, today they are surrounding him about planning the succession, they will not face him, they should leave the president alone and face me. And they must wake up and face the reality." Dp Ruto said as the crowd cheered.

Is This Raila's Running Mate? Leader Being Fronted by Mt Kenya Tycoons to Deputize Raila Revealed

Deep state for who? Mimi Sipangwingwi: Dp Ruto tells off his opponents