Several members of parliament have called upon the government facilitate the investigation on the increasing number of mysterious deaths of kenyans that is occurring In Saudi Arabia. 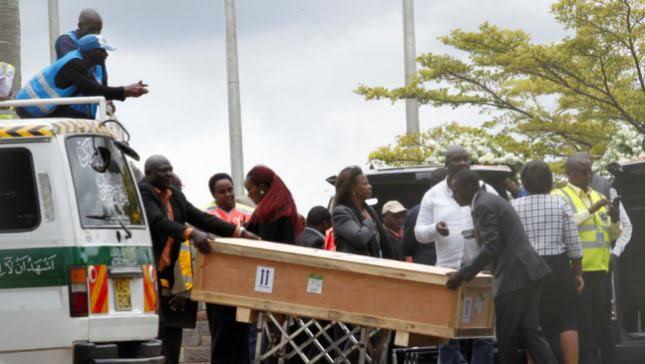 In the past few months, bodies of several kenyans who had gone to work in the Middle East have thronged Jommo Kenyatta International Airport to the point where COTU boss, honorable Francis Atwoli was forced to call upon President Uhuru Kenyatta along with the ministry of Immigration to look into this matter before things get out of hand.

"Our people can't be dying like animals and yet nothing is done about it. When you visit Jommo Kenyatta International Airport you will be surprised by what you see. Caskets and with every body that you see, a family will tell you that their relative called them claiming that they were fearing for their lives. We need to do something about this. Let president Uhuru Kenyatta order the director of criminal investigations to look into this because these families need answers", Hon. Atwoli.

Supporting his motion, a number of member of parliament have called upon the government to make sure this is done for justice to reign. Their remarks has sparked a lot of mixed reactions from a number of kenyans who took to their different social media accounts to express their opinions and suggestions on the matter.