By MimiNaWewe (self meida writer) | 10 days 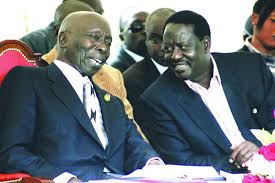 Powerful and famous Kenyan leader were once beaten in Kenya by different people at different occasions and for different reasons. The two powerful leaders in Kenya were slapped and caned.

1. The late President of Kenya, Daniel Moi was slapped by a top police commandant who was in charge of Rift Valley Province when the late Mzee Jomo Kenyatta's term was about to come to an end. 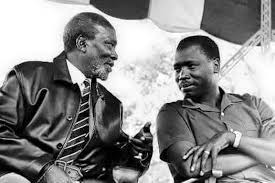 Because Moi was a Kalenjin and considered as an outsider he was humiliated a lot. In 1975, Moi was accused of smuggling weapons into the country so as to oust Kenyatta. This made Mungai to wait for Moi at the airport as he was coming from Uganda after attending a OAU summit. 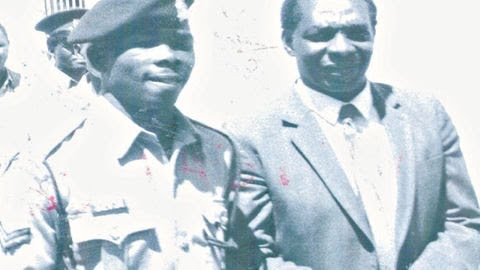 Mungai conducted a vigorous search to an extent he stripped Moi. This was shameful considering he was the Vice President. Also Mungai sensed Moi was going to succeed Kenyatta and to demean Moi, he slapped him in front of Kenyatta at State House Nakuru. 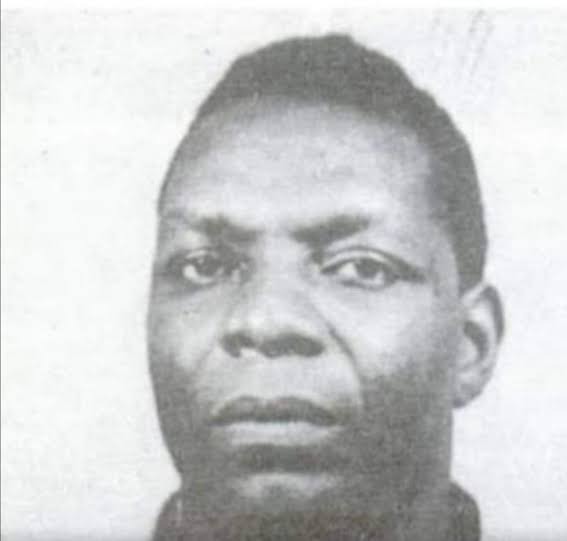 After Moi became President, Mungai fled Kenya through Sudan and went to Switzerland to hide. Anyway Moi forgave him.

2. Raila Odinga was once caned by an Old Man, Lengo Mudzomba at Kinango Subcounty in Kwale where he had attended an Okoa Kenya rally on September 29th, 2014. Kwale Governor Salim Mvurya was also attacked. The two were dancing with women before they were caned. 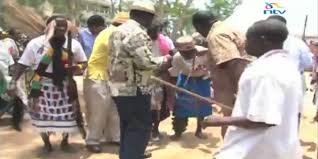 He was arraigned before resident magistrate Christine Njagi and charged with causing violence but was released on a Ksh5,000 fine. The case was withdrawn and the man was forgiven by Raila and Mvurya. But due to fear, he went into hiding. 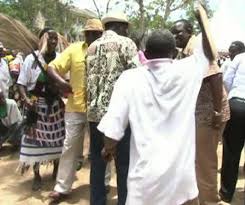 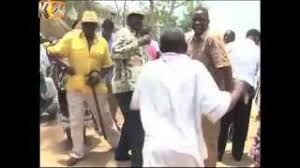 The man said he was not in his right mind when he caned the two with a walking stick. He said an evil spirit drove him to whip. He regretted the incident and he rubbished off rumours he was sent to disrupt the meeting. 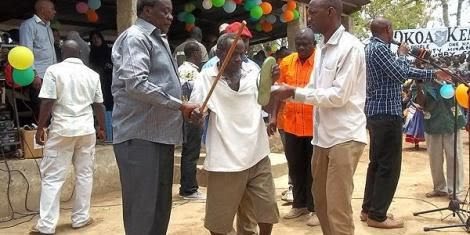 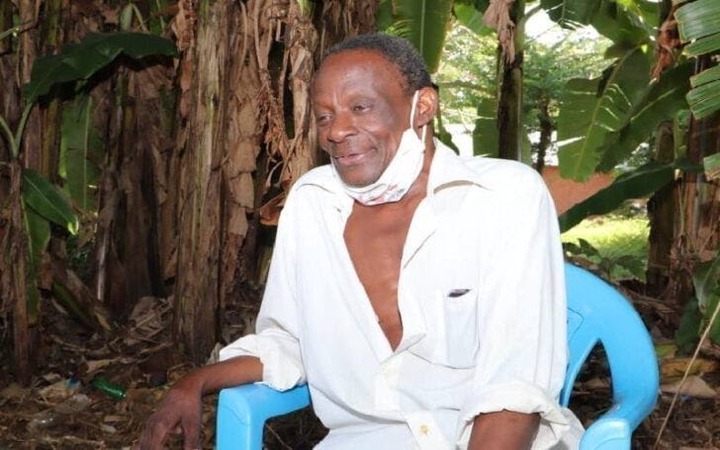 A Picture of Governors From Kenya in Sweden On Benchmarking Trip Raises Several Comments.