Wetangula Close Ally Spills Beans After The Meeting Of OKA Was Disrupted, Those Behind Disruption

By Bulletnews (self media writer) | 25 days ago 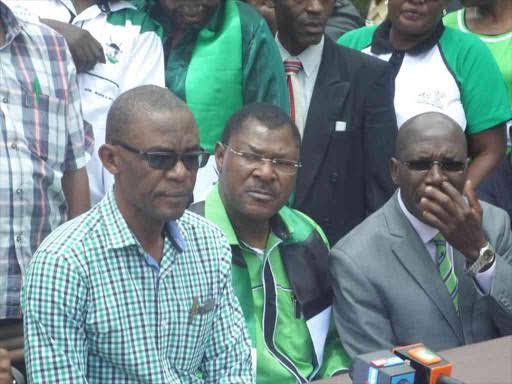 According to Honorable Godfrey Osotsi, he revealed that the right person to declare where the direction of the meeting is the secretary-general Eseli Simiyu and the big problem in the party is that some of the delegates are leaning towards honourable Wamunyinyi while others are on Wetangula which cause wrangles in the party. Ososti declared that those who disrupted the meeting were not the party delegates instead they were paid by the some of the supporters of Wetangula so that they engage in an illegal meeting and they should refrain from such habits ahead of 2022.

ODM Through Junet Mohammed Sends A Stern Warning To Chebukati

"Stop Tarnishing Ruto's Name By Reviving The Past, He is Not The Reason We Had Issues" Mp Warns

Uhuru Might Soon Drop Raila As An Interesting Observation Is Made