By NatashaNews (self media writer) | 8 months ago 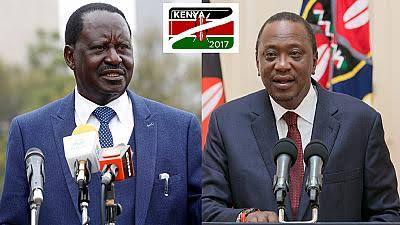 Amani National Congress Deputy party leader Honerable Ayub Savula has delivered some good news to president Kenyatta and orange democratic party leader Honerable Raila Odinga. While addressing the media, Honerable Savula has claimed that he will move to the suprime court and challenge the outcomes of the court of appeal, if it will rule against building bridges initiative report. This means that the bill still has some more moves before it's finally defeated or sees the light of the day.

He has continued to reveal that, him together with other members of Parliament allied to the One Kenya Allience Coalition have decided to form a committee starting next week. The aim of the committee is to separate those sections in building bridges initiative that can go through the Parliament and those that must get to a referendum. He named thing's like Ward allocation funds, as one of the things that the Parliament can pass without getting to the ballot. He went on to say that change of government structure is the main reason that the bill must get to areferendum and nobody should stop it.

President Uhuru Kenyatta and Raila Odinga have so far appointed some good Lawyers that will be representing them in Court. A long them is Siaya senator Honerable James Orengo. Yesterday While addressing kenyans, Orengo claimed that he can see the light on building bridges initiative report at the Appeal Court. This is an indication that he is ready to battle it out with challengers of the bill in this coming days.

"MP Ayub Savula has revealed plans to move to the Supreme Court if the Court of Appeal fails to rule in their favour. (in terms of the BBI Bill)" reported KTN Kenya. 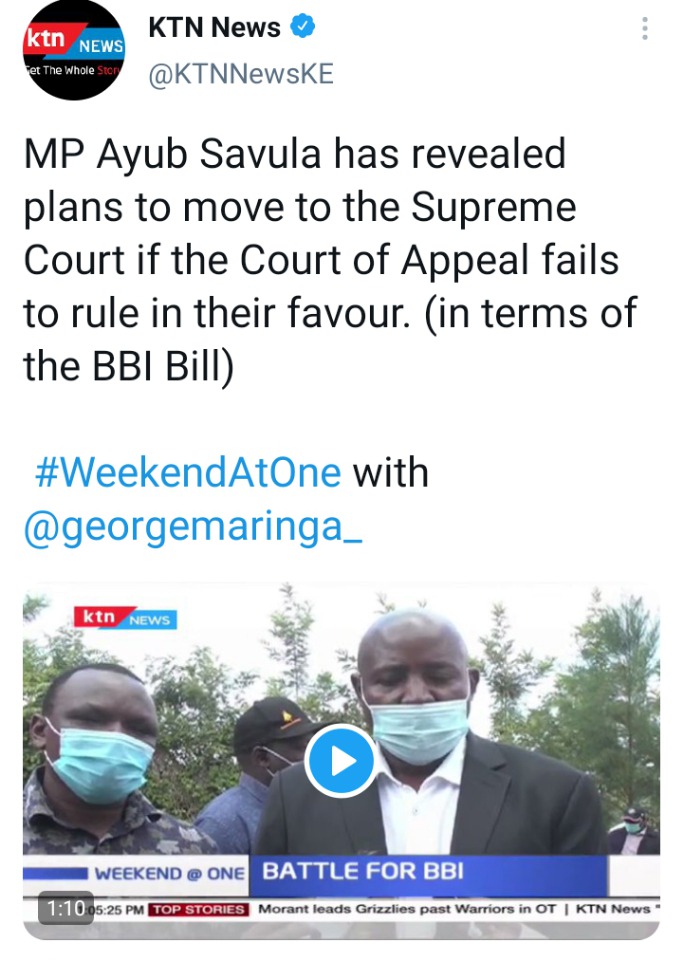