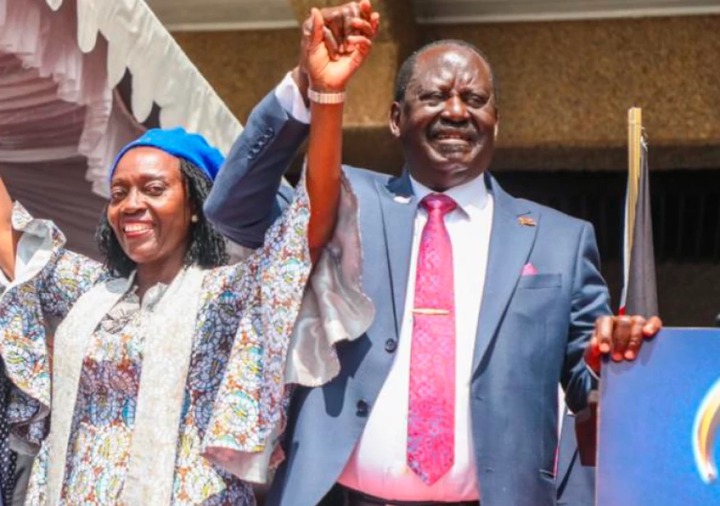 Karua as my running mate"/>

According to a recent poll issued on Wednesday, Raila Odinga, the leader of Azimio la Umoja, and his running mate Martha Karua are the two most well-liked presidential candidates in Nairobi County as reported by Citizen Digital.

Mr. Odinga and Ms. Karua received 49% of the vote in the Infotrak poll beating out William Ruto of Kenya Kwanza and Rigathi Gachagua; who received 30%. 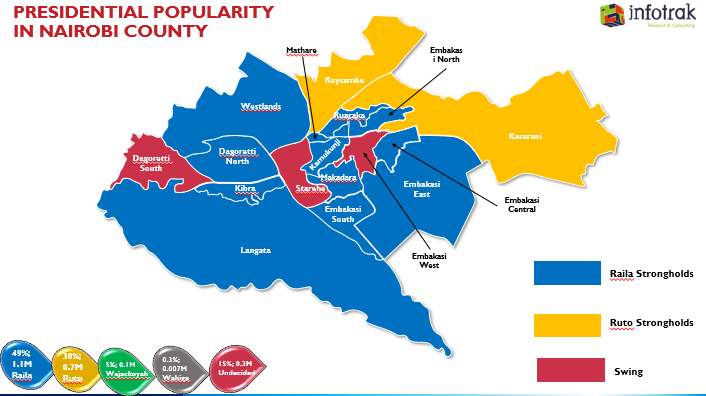 Agano Party's David Waihiga and Ruth Mutua came in fourth at 0.3% followed by Prof. George Wajackoyah; the leader of the Roots Party and Justina Wamae; his running mate.

Jubilee Party support is at 8%, Wiper support is at 6% and Roots Party and ANC support is at 1%. According to the poll, Johnson Sakaja would be the most likely winner of the Nairobi gubernatorial contest if voting had taken place today. 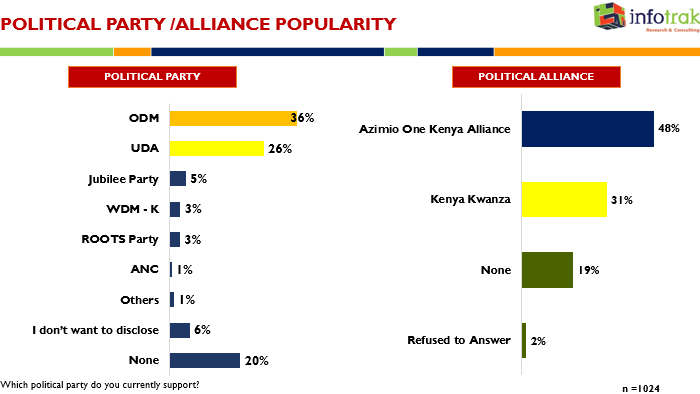 Sakaja; a member of the Dr. Ruto-led Kenya Kwanza alliance is now in the lead with a 6-point popularity advantage over Jubilee's Polycarp Igathe; who is a close second at 33%.

Edwin Sifuna of the ODM is the most popular candidate running to be the next senator from Nairobi with 44% of those polled stating they would support him.

Bishop Margaret Wanjiru of Kenya Kwanza is far behind in second place with only 12%. 39% of those questioned have not decided on a candidate while 5% of those asked did not respond.

The poll also revealed that Millicent Omanga of the UDA is at 20% while Esther Passaris of the Nairobi County Woman Representative enjoys a 46% favourability rating.

The study was conducted among 1,024 Kenyans in the 17 constituencies of Nairobi; according to Infotrak. It was carried out on July 2 and 3 using computer-assisted telephone interviews.