With less than seven Months to go to the August general elections, the Deputy President William Ruto has maintained the lead as the most Preferred Presidencial Candidate, according to the Poll results revealed by the Star Newspaper.

According to the Star, more information shows that the Orange Democratic Party Leader Raila Odinga is gradually closing the gap between him and the deputy president William Ruto. Raila has also allegedly overtaken the Deputy President William Ruto in Western region and the Coast, where the Latter enjoyed significant support.

The Deputy President William Ruto and Raila Odinga are perceived as the top Competitors in August general elections, with each trying to woe the Mt. Kenya region in his favour. Raila Odinga is seemingly enjoying the support of President Uhuru Kenyatta through the Azimio La Umoja movement. 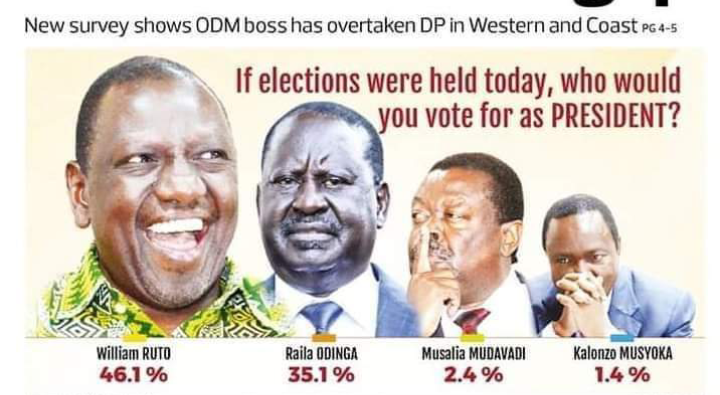 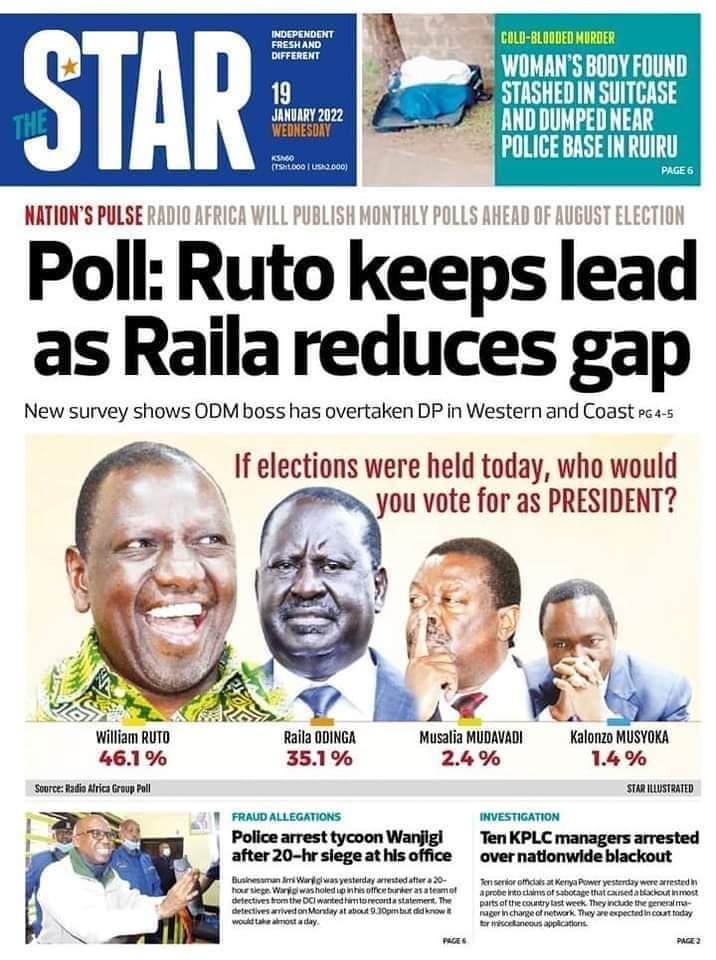