Aden duale for the first time said that he does not belong to any political camp.

Hon Aden Duale, a Garissa Township Member of Parliament, has for the first time made it apparent that his heart belongs to a political camp other than Ruto's Tangatanga camp. This comes after the outspoken legislator stated that he does not trust anyone in politics, including his current boss, Deputy President Willam Ruto. 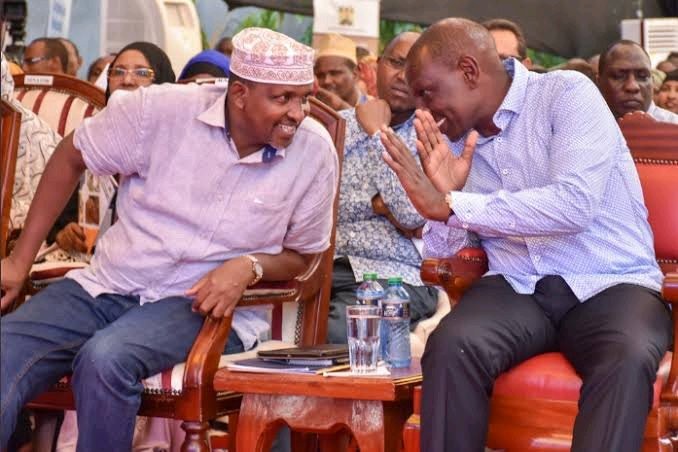 In an interview with the Sunday Nation, the congressman stated unequivocally that too much trust, false promises, and power hunger are among the factors making it difficult for political leaders to stay together for more than five years.He also mentioned the rising political heats in the country as a result of the BBI process's untimely death, and how he believes Anne Waiguru's supporters have come to their senses as a result of the tragedy.

"It's regrettable that we put too much faith in them (political leaders), to the point where we worship them. We must recognize that these are human beings just like us, and that there is no need to continue accepting less in the name of supporting your master. I don't trust anyone, including him (Wiliam Ruto), in my case "Duale informed the rest of the country.

But it's remarkable that Aden Duale's announcement comes amid reports that the North Eastern Region has already built a political tsunami that will be deployed in the impending 2022 general election and the National Cake negotiation.

According to some unsubstantiated rumors and rumours, Aden Duale may be following in the footsteps of his predecessors (Moses Kuria and Mwangi Kiunjuri), who declined to progress their political goals under the UDA Party for the year 2022