The famous Tanzanian prophet, Pastor Rolinga has left Kenyans in dilemma after he claimed to have a revelation about Kenya. Rolinga is a Senior pastor and prophet at Omega Ministries.His clip was widely shared after Tanzanian president John Pombe Magufuli passed on. He claimed to have foretold the death earlier in the year 2021. 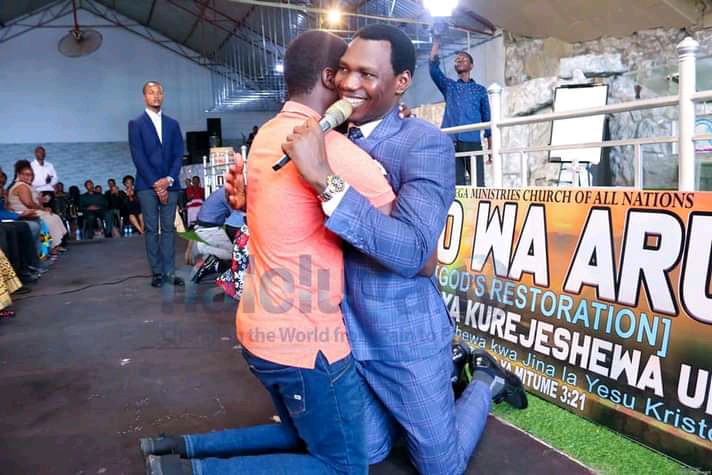 His current revelation touches on Kenyan head of state and the Kenyan National flag. He has sensationally claimed that he foresaw sudden swelling of water at the middle of the ocean. Next he spotted a tattered Kenyan flag which a young lad grabbed and tore it further. Despite the president being in position and having all the powers, he opted to remain silent. He, Pastor Rolinga, then pleaded with president Uhuru to salvage the situation.Here is a screenshot from Tuko on the interpretation given. 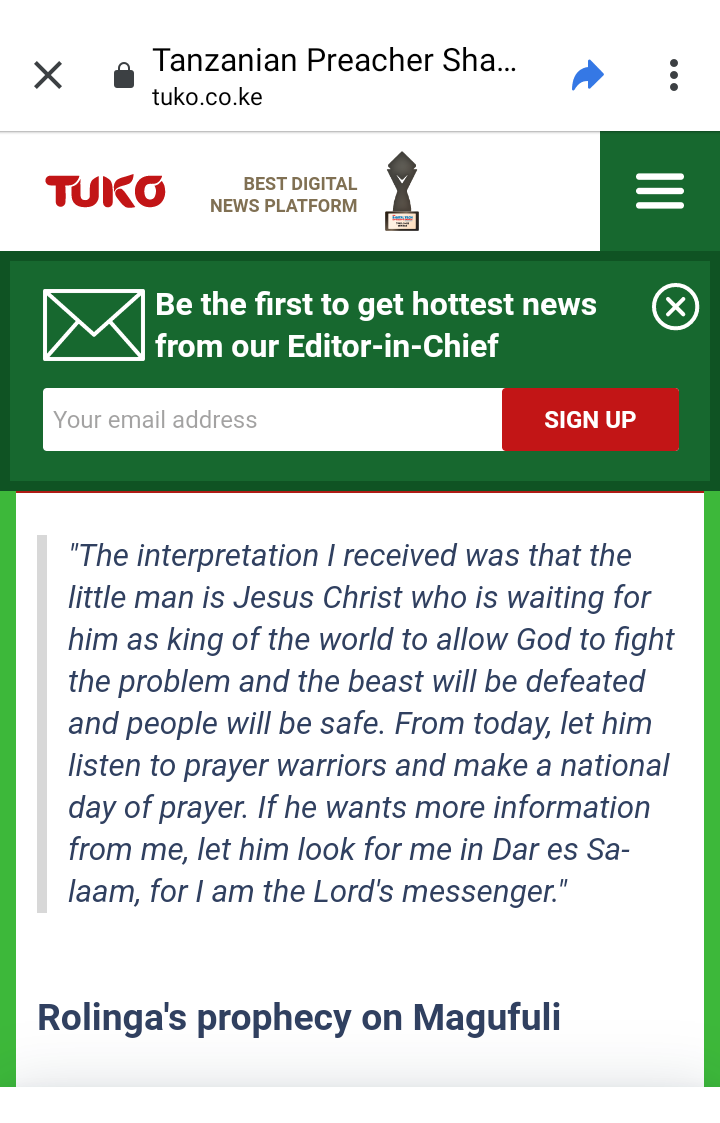 Kenyans have given varied reactions on the matter. Some of the netizens have shown great concern. Some however have dispelled it terming as mere rhetoric. Look at some of the comments.