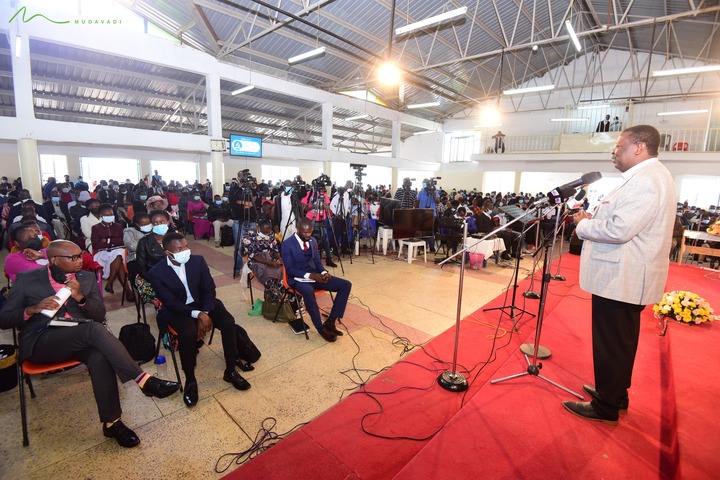 Consequently, Musalia Mudavadi used his time to leave an important message to all Kenyans ahead of the upcoming elections. Usually, Ruto's norm for attending religious occasions has been indexed as paramount but Mudavadi and Kalonzo break his record by conveying their religious beliefs.

Over the years, William Ruto has been encircling the country spreading love, unity, and Solidarity. Perhaps, he has been praying for a peaceful existence in Kenya in the elections, and henceforth. However, as Kalonzo Musyoka joined Musalia Mudavadi, there is a sense in which politics are captivated and comprehended. As a result, there is fear in William Ruto's bid if the two bosses join hands ahead of their presidency.

Furthermore, peace and unity in Kenya have been implored by several leaders. Nevertheless, Mudavadi opts into William Ruto's prayer for a peaceful existence in the upcoming elections.

Undoubtedly, Kenyans sense the unity of the two in the fight against their competitors. Recently, Rumors provoked claiming that Musalia willl be the running mate for the deputy President but things may change the way. "I worshiped with the faithful of Nairobi East Seventh Day Adventist Church for today's Sabbath service. I was joined by my brother, Kalonzo Musyoka. Our prayer is to have a peaceful country during and after the 2022 General elections," Mudavadi noted.

He stressed his party's slogan "Amani na Uchumi Bora" where he wishes to have an economically stable and peaceful country.

However, Musalia Mudavadi conveys his message which has also been Ruto's prolonged prayer.

ICC Takes Action, Goes For Hostile Witness Demanding That He be Forced to Attend Case Proceedings