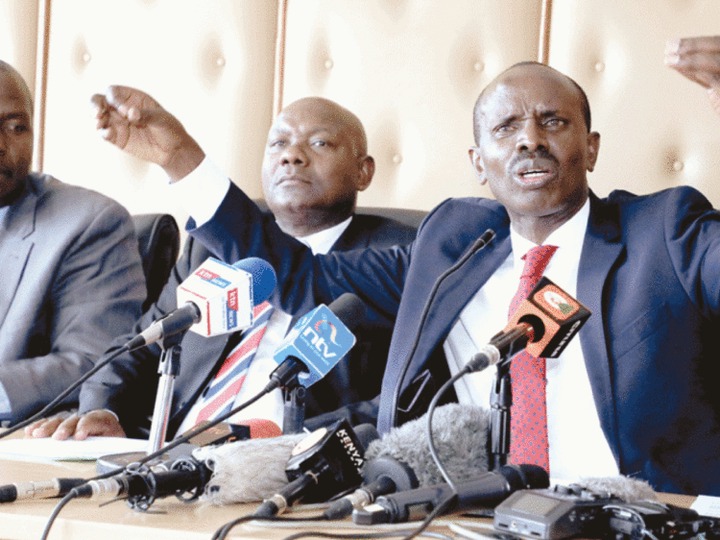 KNUT Secretary general Wilson Sosion in a past Event.

Teachers employed by teachers service Commission are holding their fingers crossed as their Employer and and the Salaries and Remuneration Commission work on another CBA 2021-2025.

Yesterday, the SRC assured the teachers that job Evaluation will be done to inform Salaries review for the period 2021-2025.This move made KNUT to withdraw a strike notice that it had issued early on.

Now, KNUT today has come up with fresh demands that it's Leadership wants met before accepting the results of the new CBA.

Knut secretary General Wilson Sosion has today said that he has confirmed that job Evaluation has already been done as he demanded and what now remains is the fast tracking of the process before June this year.

"I have confirmed that the job Evaluation has been done as I demanded." Sosion said as quoted by Citizen TV. 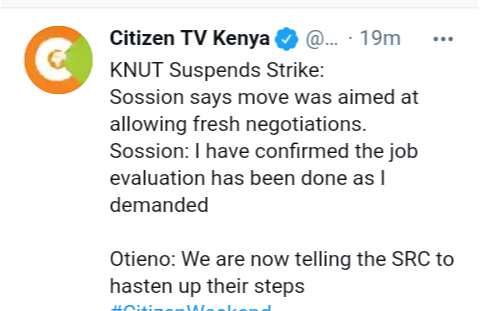 KNUT has now warned that any CBA that doesn't address the issues raised and one which doesn't involve top union Leadership will not be accepted.

This push and pull between the union and the Employer threatens to delay the implementation of CBA given that already gorvenment Ministries, Departments and agencies are submitting their budget proposals to treasury ahead of June budget reading.

It now remains to be seen whether the two will agree quickly so that by July, teachers get that much needed increament to cushion them against tough economic times.

Do you think KNUT has the best interest of teachers at heart? Feel free to share your thoughts and comments on this on our comments platform

Do You Like Eating Bananas? Avoid These Types Of Bananas As Much As Possible From Today

Importance Of Exercises For Mental Health