By Otieno-Onguko (self media writer) | 20 days ago 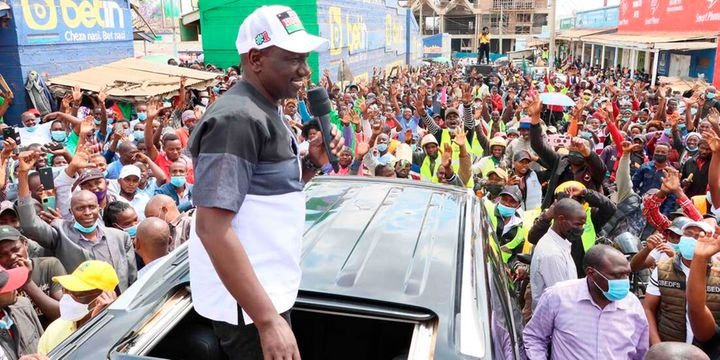 Deputy President William Ruto can be sure that he will not get the Mt Kenya vote in next year's presidential elections, he has been told.

Ruto has been eyeing the vote to boost his winning chances, with analysts saying that he will need almost all of it if he is to capture the seat.

But commentator Warungu Mwangi says that this is something that will not happen, after the DP picked a fight with the only people who can give him the vote.

Speaking on Friday, he said that the region will most likely pick one of the other candidates after Ruto's decision to ignore the elite who decide how it votes.

"The mistake the Deputy President did was to approach the Mt Kenya region from the electorate political approach rather than approaching the mainstream political class led by President Uhuru Kenyatta," he said in an interview on K24. 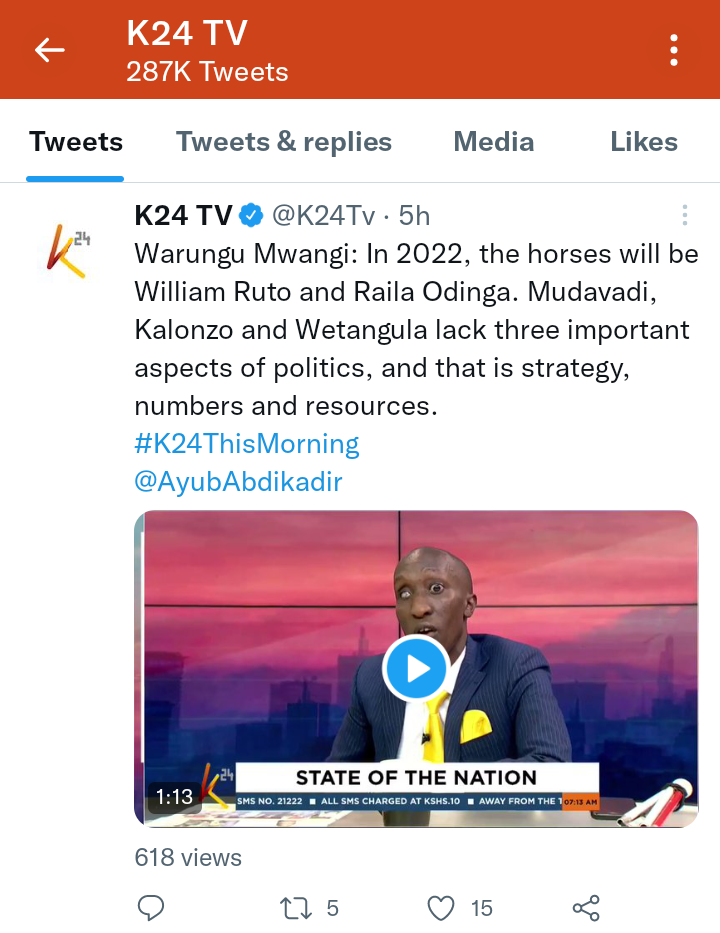 He added that as a result, the DP can be sure that he is not the person the Mt Kenya Foundation will declare as their preffered next President in Limuru.

He spoke as he opined that the region will support the person endorsed by the camp, especially after it said that is is working with President Uhuru Kenyatta.

This, he said, is because the region has the tendency to either support one of its own or one endosed by its leaders when it doesn't have a serious candidate.

Karungu at the same time observed that the foundation will endorse ODM leader Raila Odinga, as the other aspirants who have been vetted by the foundation appear less able to win their backing.

"In 2022, the horses will be William Ruto and Raila Odinga. Mudavadi, Kalonzo and Wetangula lack three important aspects of politics, and that is strategy, numbers and resources," he added.

Ruto appears to have accepted that he doesn't have the backing of the tycoons, opting to bash them for trying to interfere to allegedly protect their wealth.