Suna East Mp Junet Mohammed has blamed Dp William Ruto for colluding with His appointed Ministers to pass unlawful Bills into law and other proposals, while hosting Cabinet meetings, urging that the same led to the problems of Mombasa Ports that Tangatanga politicians are lamenting about.

The Mp revealed that Ruto has been playing double games in the Cabinet, while using some of the Ministers that He appointed most from Rift Valley, to pass some of the proposals and important documents that are against the law, to benefit Him after they are brought at the Cabinet. He also stated that Mombasa Port problems began when the Dp accepted its approval years ago, hence He is using it to gain political mileage among Kenyans who are not aware of His plans.

"Being the deputy president of this Country, Ruto has been sitting in Cabinet for the last 9 years and even collaborated with some Ministers from His backyard in the Rift Valley, that were some of His appointees to make sure some bad Bills and drafted documents of proposals easily passed in their meetings, so that they can benefit from it directly. They then come and make noise about Mombasa Port problems, but they are the ones who created them. "Junet claimed. 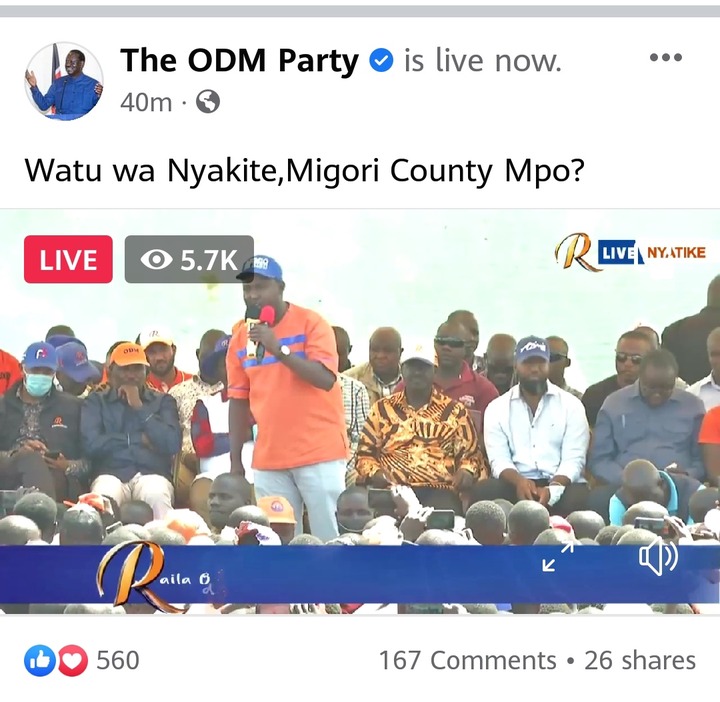 He went ahead to say that ANC leader Mudavadi Mudavadi was the one who orchestrated the worst scandal in Kenya, the Goldberg scandal, and that was the beginning of the burdening debts and limping economy. He added that He also sold that Cemetery lands in Nairobi when He was the vice president, leaving Nairobians with a hard time to figure out where to bury their people.

"Mudavadi should stop being the mouthpiece of UDA, because He was the one who plunged the Country into problems that we are seeing today by planning the Goldenburg scandal that saw the Country lose Billions. He also took the advantage of His power status while He was the Dp and sold the Nairobi Cemeteries, and diverted the funds to His own accounts, leaving Nairobi people with problems in having burial grounds. "He said.

The lawmaker made the statement while in a campaign meeting for the Azimio la Umoja in Nyatike, Migori County.

Just in: Chaos Breaks Out in Bomas Again Between Ruto And Raila Allies, More Details Revealed-Video