By KrimeExpert (self media writer) | 28 days ago

President Uhuru Kenyatta has finally opened up about the ongoing debate after a number of kenyans raised their concerns over the influx of a number of Asian men who were spotted getting into the country for unknown reasons. 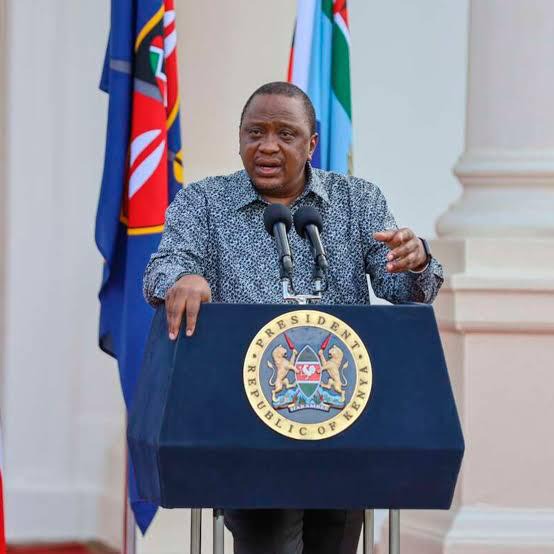 A few days ago, videos of Asian men getting into the country sparked Alot of mixed reactions from a number of kenyans after these videos went viral after being shared online by different Kenyans who called upon the government wanting them to address the issue.

After receiving a phone call from a number of kenyans who expressed their fear and concerns, Senator Ledama Olekina allegedly wrote a letter to the senate wanting to know what was happening and the reasons behind their arrival in Kenya.

According to the reports given by the senator, he revealed that he has received a reply from the office of the president along with the office of the ministry of interior who gave them an explanation on what was happening.

In a letter that he shared online, president Uhuru has allegedly ordered the ministry of interior to make sure they account for each and every Asian in the country wanting anyone who's in the country without permit to get arrested.

Reports have revealed that the Asian men who were seen getting into the country are allegedly here for a while or rather on a temporary basis after which they will be going to other countries.

At the same time, the ministry of interior has revealed that they are currently working hand in hand with the ministry of health in order to make sure that the coming of these visitors doesn't contribute to the increase of Covid-19 virus in the country.

In conclusion, the government has assured kenyans that most of the Asian men who were spotted in the country are here for a while. 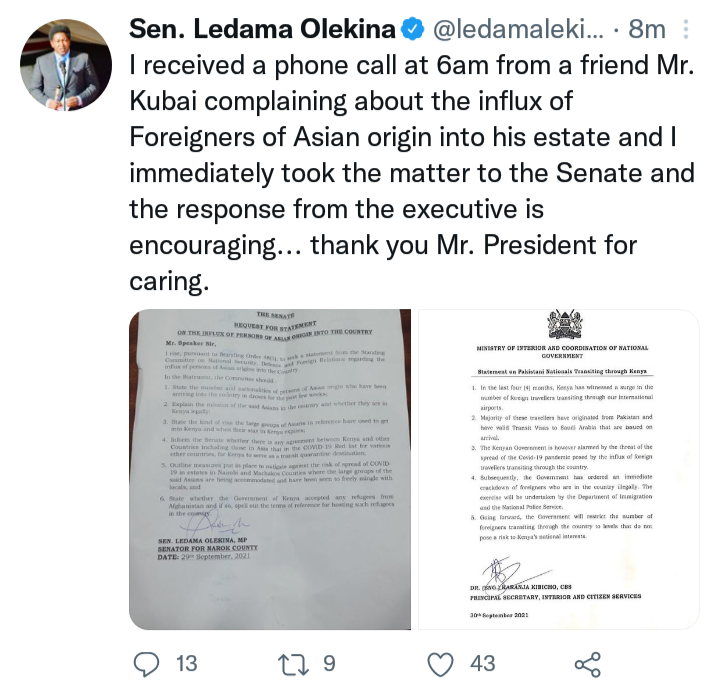