Ford Kenya Party Leader, Sen. Moses Wetangula has elicited mixed reactions from Kenyans after his controversial sentiments while at the Bomas of Kenya. The vocal Leader from Western Kenya has always been adamant that he is the best candidate to succeed President Uhuru Kenyatta. 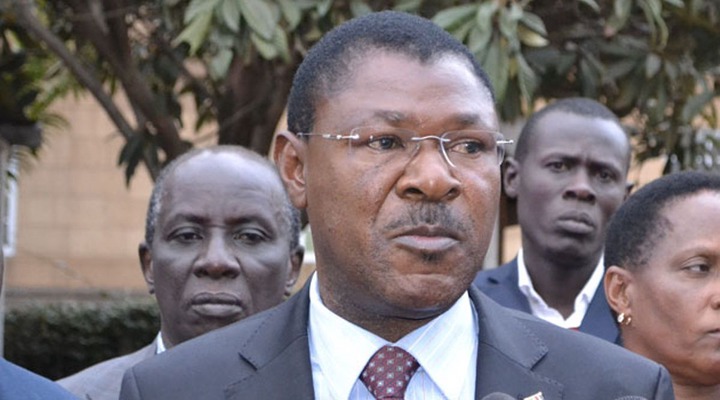 The Bungoma Senator is currently leading Ford Kenya Party delegates at the Bomas of Kenya which is packed. Despite facing rebellion from a section of his Party members, Sen. Moses Wetangula is still adamant that his Party is strong and will work with like-minded politicians in next year's election. 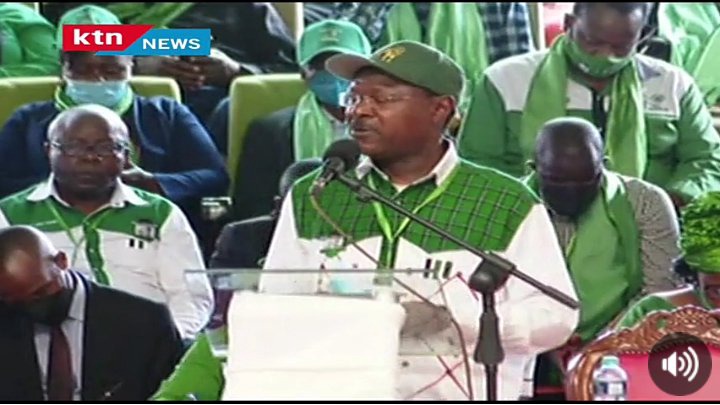 While addressing Ford Kenya Party delegates, Sen. Moses Wetangula reinstated that he's the next big thing in Kenyan politics and that he's the man to watch. His sentiments have elicited reactions because majority of Kenyans doesn't see the Bungoma Senator as a serious Presidential candidate. Sen. Wetangula and his OKA Partners have all been accused of threatening to vie for Presidency in an attempt to increase their political "price tag".

Some of the reactions of Kenyans are as follows;

@nellobando He is a man to watch kwa vitimbi not in politics.

@JuliusOti Even Ruto is saying that......so what difference will be there if Sen. Wetangula also says so?

@nhure-ngati Luhya comedian in the making

@walteream Who really needs to watch Bw.Senator?..These politicians from Western Kenya should stop all there jokes

@remmyser Aki some politicians wako na jokes mingi sana..So why should they lie to their fellow Kenyans

Gone Too Soon: Cute Photos Of Family Members Of The Bridegroom Who Died In River Enziu Tragedy