By New-sanalysis-kenya (self media writer) | 29 days ago

The Jubilee Party has proposed Mr. Githua Isaac Ngugi to IEBC to replace the late Sen Prengei Victor in the Senate.

The late Sen Prengei Victor lost his life through road accident where by he succumbed to injuries at the hospital while undergoing treatment. He was the representative of the minority groups in the parliament.

The party further announced Mr Peter Kipsang Cheruiyot, who was reportedly appointed as Regional Director of the party headquarter.

According to the source, Mr Kipsang Cheruiyot was in a good position to replace Sen Prengei Victor but was reportedly ineligible because of age.

The press further states that the Jubilee party is committed to champion the rights of minorities as seen appointment of Hon. Sammy Leshore from Samburu to replace the former Sen. Isaac Mwsura. 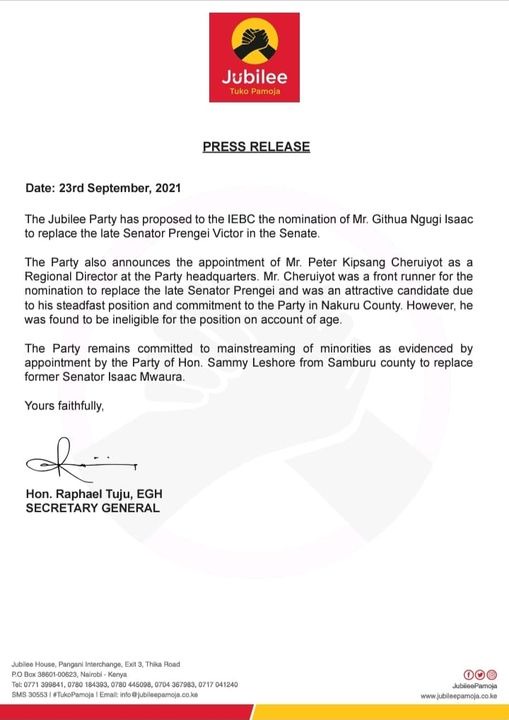 Content created and supplied by: New-sanalysis-kenya (via Opera News )

Mixed Reactions After What Kabando Boldly Said About Junet