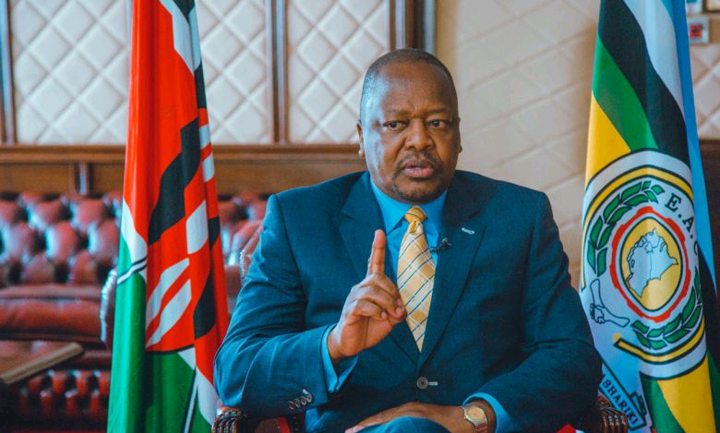 NAIROBI, Kenya, October 14th, 2018 – With less than a year until the 2022 election, Kenyans should choose their next president based on their track record, according to Health Cabinet Secretary Mutahi Kagwe.

On Wednesday, the former Nyeri Senator told Capital FM in an exclusive interview that an election is a crucial exercise that requires serious thought by voters.

With the crowded presidential contest, Kagwe cautioned aspirants not to take the job lightly because it has ramifications across the country's economy.

"Presidency-related matters are not to be taken lightly. Such choices will have an impact on your children and grandchildren. These are the issues that will determine whether or not your children have jobs. Whether President Kenyatta's work continues or dies," he said.

Raila Odinga, the leader of the ODM party, has also expressed interest in succeeding President Uhuru Kenyatta, though he has yet to declare his candidacy.

Businessman Jimmy Wanjigi, former Secretary-General of the United Nations Conference on Trade and Development (UNCTAD) Mukhisa Kituyi, and acclaimed Gospel Artist Reuben Kagame are among those who have their eyes on the top spot.

Citizens should pick their leaders with caution, according to Kagwe, who advises that passionate voting decisions always have negative results.

On his part, the CS, who has previously been mentioned as a potential presidential running mate in the 2022 presidential election, refuted the reports, saying that his priority is to combat and manage the COVID-19 outbreak and that political considerations will be put on hold for the time being. Let us hope to hope peaceful elections and we should be keen on whom we choose.