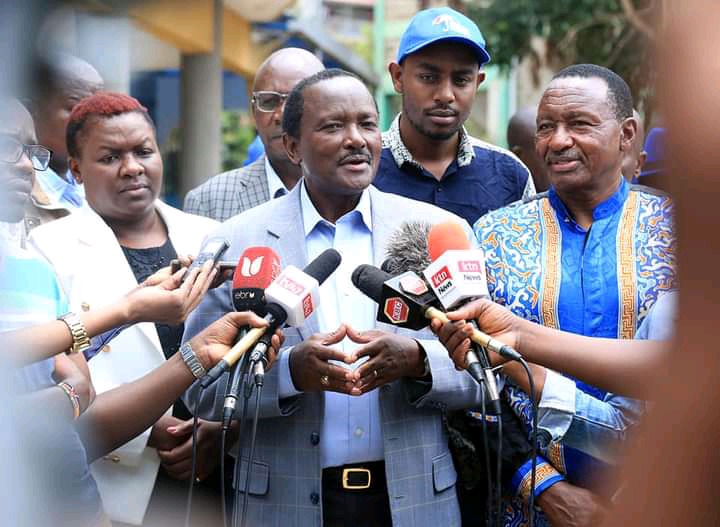 There will be nothing like Wiper leader Kalonzo Musyoka withdrawing his presidential bid and returning to the Azimio La Umoja fold, one of the closest allies to the leader has now revealed.

On Monday, the party voted to have Kalonzo halt his presidential bid and engage in a dialogue with Azimio and it's leader Raila Odinga, with the intention of possibly striking a deal with Odinga's camp.

But Matungulu MP Stephen Mule says that this won't happen and Kalonzo intends to press on with his bid. He states that a big rally is even being planned, where Kalonzo might finally officially kick off his campaigns.

“Kalonzo’s position has not changed. He will run for president alongside Sunkuli, his running mate. His final decision will be known at a national rally. But people have different opinions,” he told KTN News. 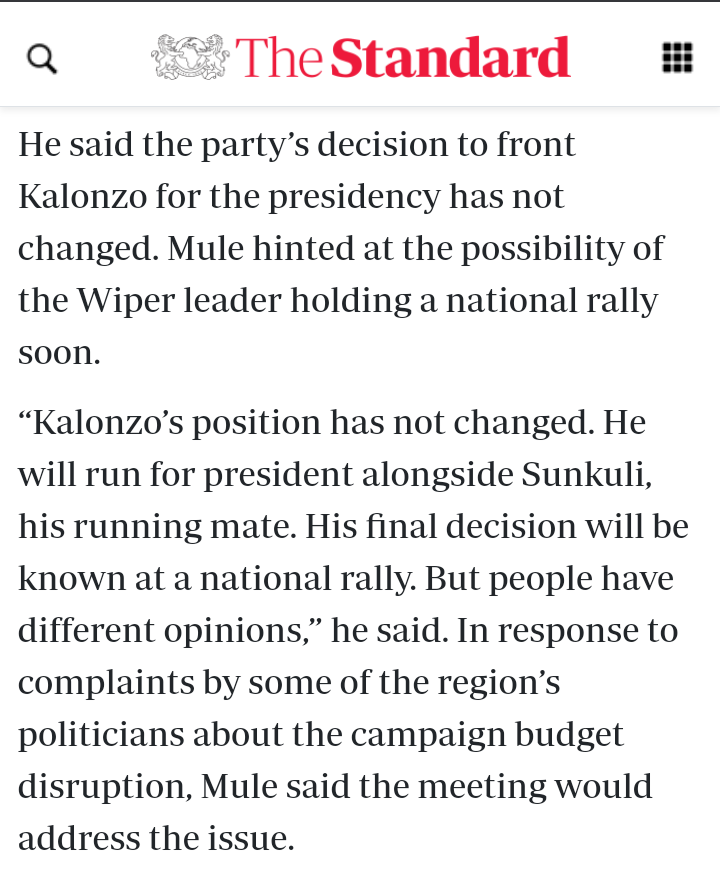 The lawmaker said that the meeting at Stoni Athi Resort in Machakos was, therefore, not about whether or not Kalonzo vies but to strategize on how Wiper will get most of the seats in its strongholds.

Kalonzo, who is abroad, to some extent proved his intent to vie on Monday, when he sent a representative to the meeting between IEBC and presidential aspirants held at the Bomas of Kenya.

He sent his running mate Andrew Sunkuli, whom he unveiled as his deputy a week before at his SKM Command Center. Sunkuli maintained that they are still in the top race and don't intend to drop off.

Should he vie, this will be his second attempt to lead the country, after his failed bid of 2007. His candidacy, analysts observe, will make things hard for Raila with regards to winning the presidency.

Meet world famous people who mocked God, Jesus, read what happened to them

Where Raila Odinga And Karua Will Be Spending Their Saturday, Leaders Expected To Be With Them

Video: Thee Pluto's Brother Introduces His Girlfriend To His Parents

Here's The "Signing" That Has Pleased Jurgen Klopp The Most So Far, See Details.