"Hii Reggae Ya BBI Huenda Ikasimama Kabisa" The Supreme Court May Not Rule In Favour Of BBI. See why

By @samienyongesa (self meida writer) | 1 months 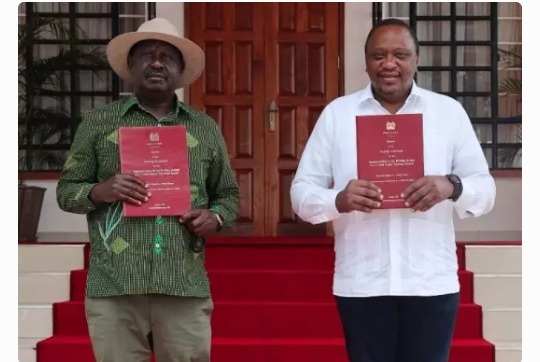 The Building Bridges Initiative (BBI) reggae was stopped few days ago by the five commissioners who declared that the verification process was null and void. Its supporters were shocked just few days after the referendum was found to be supported by over 200 members of the Parliament.

Uhuru Kenyatta and his counterpart Orange Democratic Movement party leader Raila Odinga have kept quiet since the allegations were made but their allies decided to take the proceedings to the Court of Appeal. Their allegations are expected to be addressed tomorrow Thursday 19th of May.

But as much as they want the Court of Appeal to decide on the matter, they should not go their very optimistic that the court will rule in favour of the referendum. Below are some reasons to support my opinion basing on tomorrow's proceedings.

Firstly; the Building Bridges Initiative is not a document that is supported by every kenyan individual. Even some of the National government leaders are against the referendum. The deputy president William Ruto celebrated when judges made their declaration on Thursday. Therefore, the court of Appeal may narrow down and consider the interest of kenynas.

Secondly; The document will interfere with the working of other bodies like the IEBC. Since the constituencies and wards review is the work of IEBC and it is indicated in new constitution then, it means that the body will be interfered with. If the court will identify such mistakes in the report then their ruling may tally with what the five judges did.

If the court will consider some reasons in the implementation of the BBI Bill, then supporters should not be so much hopeful that the reggae will continue as things may worsen forever.

Content created and supplied by: @samienyongesa (via Opera News )