By MJcreativez (self media writer) | 25 days ago 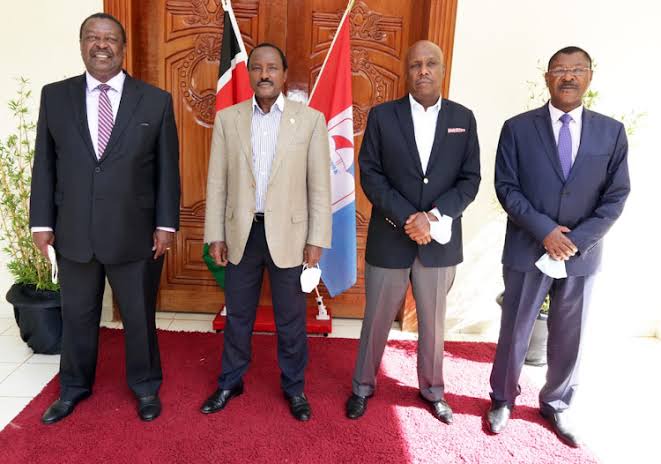 However, the dynamics of Succession politics looks interesting Because President Kenyatta is likely To back ODM leader State House bid against the expectation That he'll support Former Eldoret MP.

Things turned Slippery Between The Boss and His Principal assistant in 2018 When head of state entered Into Truce with his close Rival in 2017 General Election.

Dr Ruto has capitalised on that by Blaming the handshake for derail in Implementation of Big Four Agenda adding that Government focused more on Building Bridges initiative.

Political Class are Now in transfer window with those with common ideology Uniting to sell their Presidential Candidate.

Today Political analyst Herman Manyora has claimed that One Kenya Alliance has finally confirmed their Support for Raila's state House Bid through Press statement that Distanced themselves From Report that they were being pushed to Back Former Langata MP.

He argues that The Team has softened it's Stand on working with the Enigma and KANU Party Leader Gideon Moi Alongside Kalonzo Musyoka could be the first people to Join AU special envoy Vehicle.

WEDA: Raila Should Concentrate On Bringing Back Mudavadi, Kalonzo To His Team Before Climbing Mt-K