By Lilian_Aloo (self meida writer) | 2 months

In a social media message few hours ago, the lawyer had said that Oparanya is playing with the minds of the two politicians so as to achieve his target, which he speculates as an intention by Oparanya to raise his political profile.

"It’s clear Oparanya is playing both sides against the middle. He’s toying with William Ruto and being coy with Raila Odinga to raise his stock among the Abaluhya. He who chases after two lovers simultaneously often ends up with none," he said.

And now, the former council of governors chairperson has come out to react to the above message by Makau Mutua. Taking to social media, he responded by a string of laughing emojis, laughing off Makau Mutua over his allegations- possibly an indication from Oparanya that the lawyer had missed the point. 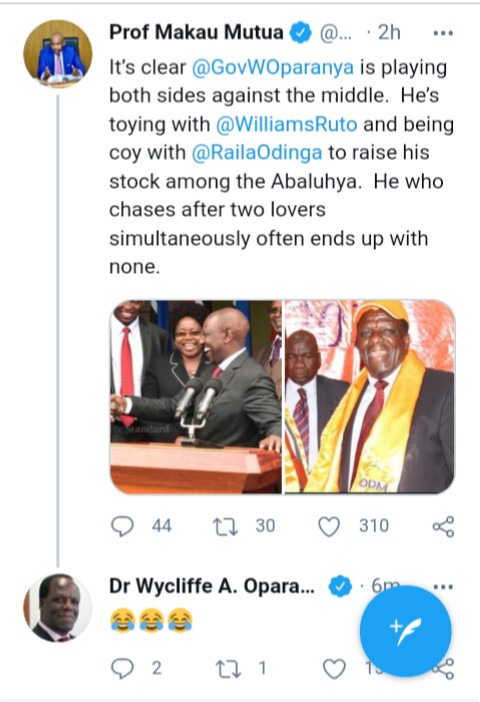 The governor has kicked off a political storm after his meetings with deputy president William Ruto came to the limelight considering his position as the ODM party deputy party leader.