The senator of Elgeyo-Marakwet, honorable Kipchumba Murkomen has called upon Uhuru Kenyatta along with the interior Cabinet secretary, Dr Fred Matiangi to enhance security in the region. 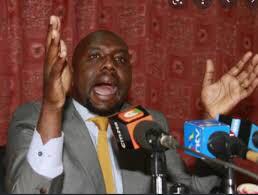 According to the reports given by the renowned politician, he revealed that three women were shot by a group of bandits who allegedly killed them 200 meters away from the police.

While reacting to this incident, kenyans who took to their different social media accounts to express their opinions and suggestions on the matter have called President Uhuru Kenyatta to send or rather deploy the Kenya Defense Forces in the region in order to reduce the increasing number of crime in the region.

Lothian... I don't understand why President Uhuru Kenyatta keeps on sending police officers to die in this regions. It's so unfortunate that the government i still playing with this kind of people despite the fact that Alot of people are currently dying on a daily basis due to this attacks.

Winnie... This is matters to do with security. It's not something that you can just come out and speak about. Meet with the president and do something about it instead of just tweeting and crying out like the baby's you're. 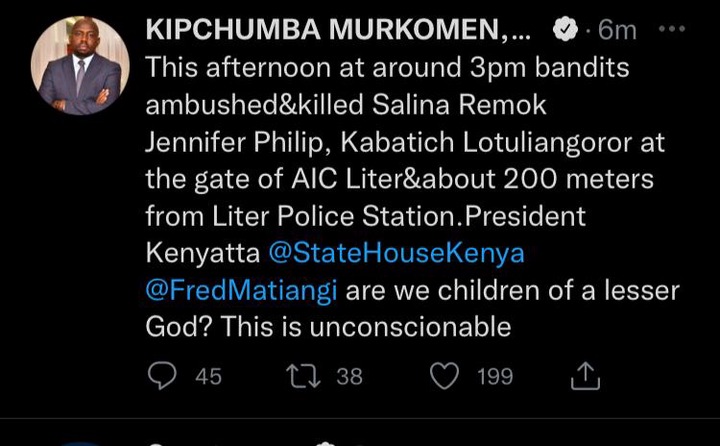 What The KDF Has Announced To Happen On Saturday 28th May In Nairobi.

Laikipia : See How Martha Karua Landed in the County Under A Tight Security From Recce Squad.