By Isapella (self media writer) | 2 months ago

On October 3, Lieutenant General Muhoozi Kainerugaba, the son of Ugandan President Yoweri Museveni, said on social media that it would take his army two weeks to take over Nairobi, the capital of Kenya. 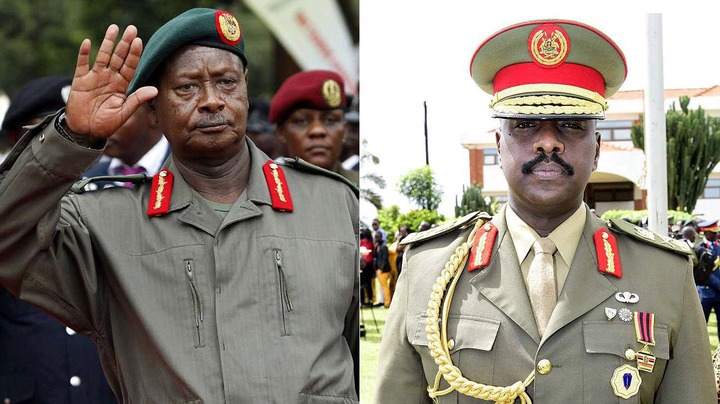 His words incited outrage in Kenya, where both public and officials denounced him for endangering national security and disrupting diplomatic ties between the two nations.

Dr. Besigye questioned in a statement whether Lt. Muhoozi's remarks were a sign that Ugandan generals might attempt to regain control of Kenyan territory in the future.

Is history circular? Gen. Muhoozi is the present commander of the Ugandan generals aiming to annex land in Kenya, 46 years after Idi Amin! Kenyans shouldn't ignore it because of this!

President Kenyatta and his vice president, Arap Moi, toiled frantically to put an end to Idi Amin's threat. According to Dr. Besigye, Gen. Amin has been providing his troops with Russian jet fighters, same as Gen. M7.

He said this while posting screenshots of Lt. Muhoozi's divisive tweets.

After taking Nairobi, Lt. Muhoozi pondered where he should settle in Kenya, referred to Kenya as a region of Uganda, and predicted that Uganda and Kenya would soon become one country. Additionally, he promised that "any battle against us will end swiftly"

Content created and supplied by: Isapella (via Opera News )