By TeresaKE (self media writer) | 18 days ago 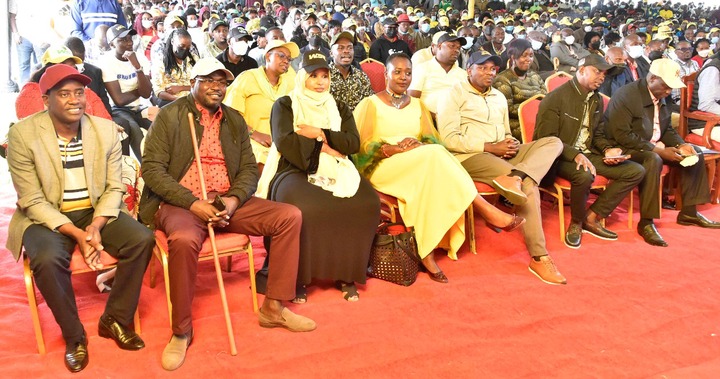 Kikuyu MP Kimani Ichung'wah has criticized Deputy President William Ruto and President Uhuru Kenyatta for failing to honour a promise they made to the people of Nakuru County both during the 2013 and 2017 campaigns.

Speaking in Nakuru on Saturday when Senator Susan Kihika had hosted Ruto, Tanga Tanga allies and grassroots leaders, Ichung'wah stated that both the president and his deputy had promised to return to Nakuru for a thanksgiving event after winning the 2017 elections, and for prayers when they were accused of involvement in the 2007/08 post election violence.

"Your Excellency, you remember when you and President Kenyatta were looking for our votes at the Afraha Stadium, you told us we will shun ethnic politics, and that you will come back to thank the people of Nakuru, that has never happened. I want to you face to face that you failed us," said Ichung'wah.

The Jubilee MP went on to state that the oneness they portrayed during the past two general elections will also be portrayed in 2022, and that Ruto will be elected as the fifth president of Kenya.

"I will stand firm until you become president so that we are in the position you told us in 2013 and 2017, that ethnic politics have no place in our country," added Ichung'wah. 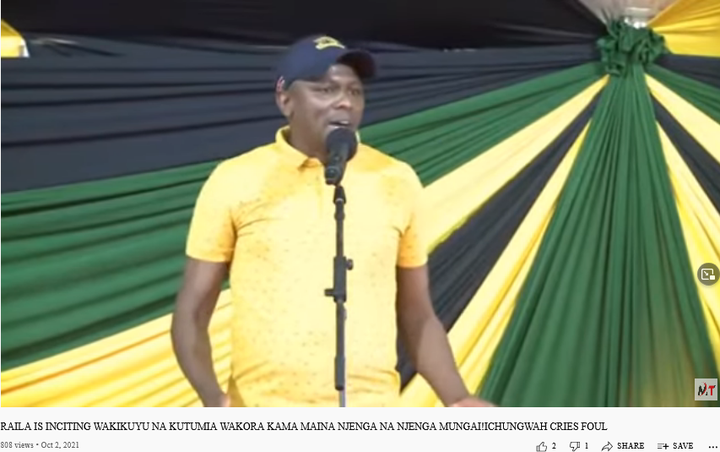