President Uhuru Kenyatta has revealed that his biggest regret as head of state was the failure of the Building Bridges Initiative (BBI) that dominated the first three years of his second term in office. 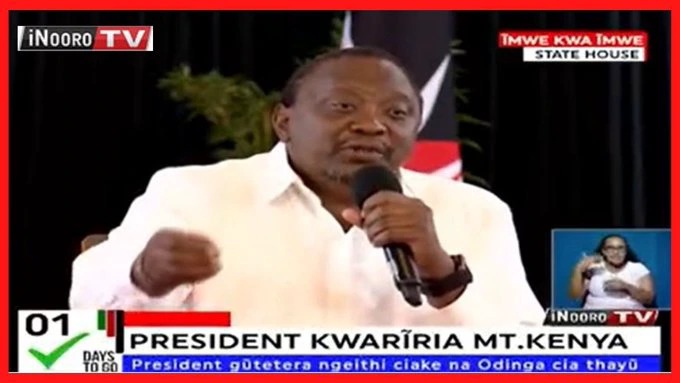 Speaking on Sunday, August 7 during a joint media briefing from the Mount Kenya region, Uhuru said the BBI would ensure equitable distribution of resources by institutionalizing the one man, one shilling formula in the constitution.

He expressed that the people of Mout Kenya could have benefited the most from the proposed sacred amendment which has been declared illegal, null and void with the guidance of the Supreme Court. 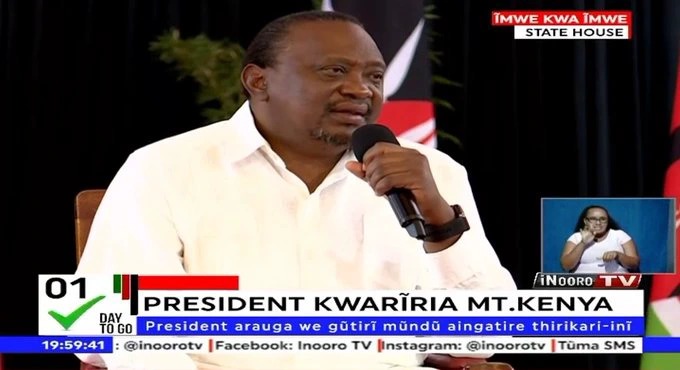 Speaking to the Mt Kenya community through all Kikuyu tv stations this evening, Uhuru hit out at his critic Ruto who attacked the handshake between Uhuru and Raila.

The President revealed that Raila helped him a lot in his government, he further revealed that because of his help, he went ahead and got him a job at the African Union. 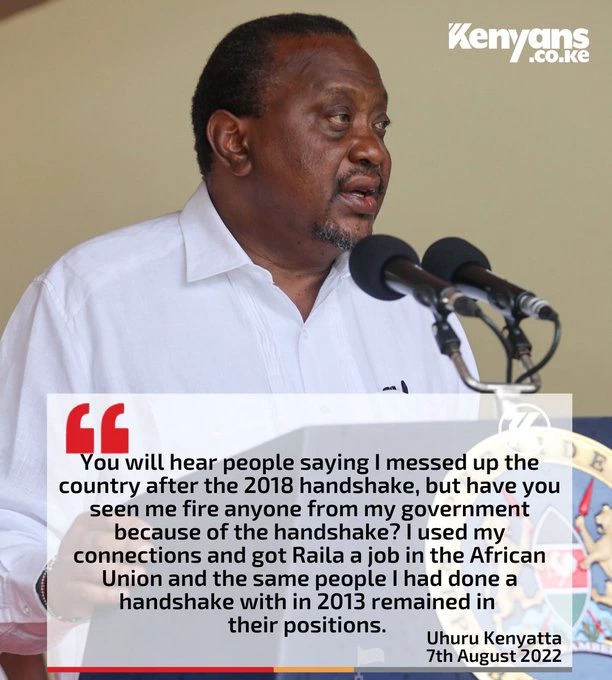 "Things Don’t Add Up On Uhuru's Failure To Go To SA" Ngunyi Says, Hints Why This Trip Could Have Been Aborted

"Peace, Love & Hope" Why Ruto Walked on Yellow Instead of Red Carpet in Ethiopia

Reactions as Pictures of Murathe in Dubai Goes Viral (Photos)