Khalwale Reveals Who He Would Like To Deputise Ruto

By Ochiengqueen (self media writer) | 3 months ago 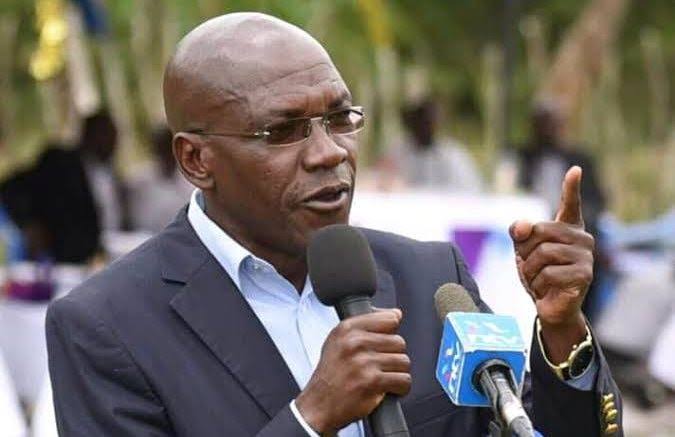 Khalwale comments comes some few days after Raila Odinga was the chief guest in the KANU's major announcement on their political way forwad.

Khalwale also revealed that during that day MOI failed to mention the One Kenya Alliance Party because the day was only meant for him and Raila Odinga.

Bonny Khalwale affirmed that if Deputy President William Ruto wants to choose his Deputy from the Western, then he would support Musalia Mudavadi to be his Deputy.

"During the KANU National Delegates Congress conference at Bomas of Kenya, Raila Odinga was carefully elevated heads above shoulders to the Chief Guest, Gideon Moi upon endorsement by the Delegates deliberately avoided mentioning OKA (One Kenya Alliance) in his entire speech. The day was just for the two of them.

It is an open secret that H.E. Uhuru wants to settle two political debts (Daniel Moi cleared the path for the Uhuru Presidency & Raila gave him the legitimacy and latitude to operate at times even outside the COK-2010)

The stage for 2022 is set for Raila a Presidency & Gideon Moi his running mate.

Musalia Mudavadi owes it to Gideon Moi's father that he is what he is today, & Raila for appointing him Deputy Prime Minister. He must however discard all that and accept to join the Hustler Movement. Should WSR opt to pick his Deputy from Western, I would as the senior most politician from Western currently in the Hustler Movement, be the first to support a Musalia Deputy Presidency", Statement from Khalwale reads.

2022 Politics Intensifies As Ruto Names Gachagua, Omanga, Korir And Others Who Accompanied Him Today

Do You Think BBI Will Be Successful? Here Are Results Trending Online