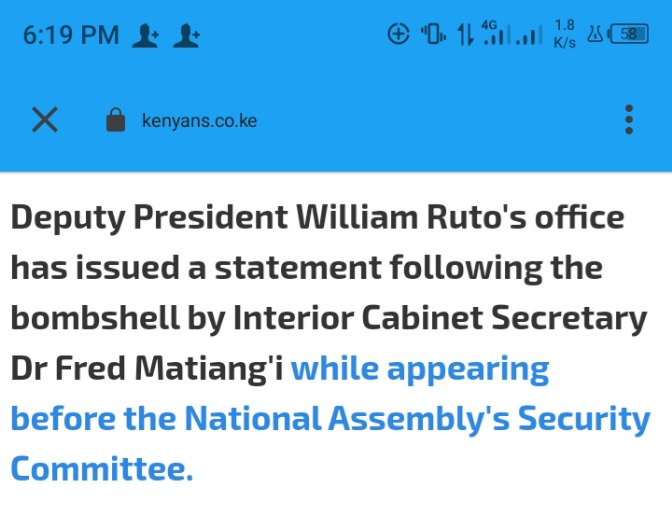 The DP's team accused CS Matiang'i of exploiting public resources and his office's power to win political points in a statement released on Wednesday, September 1. 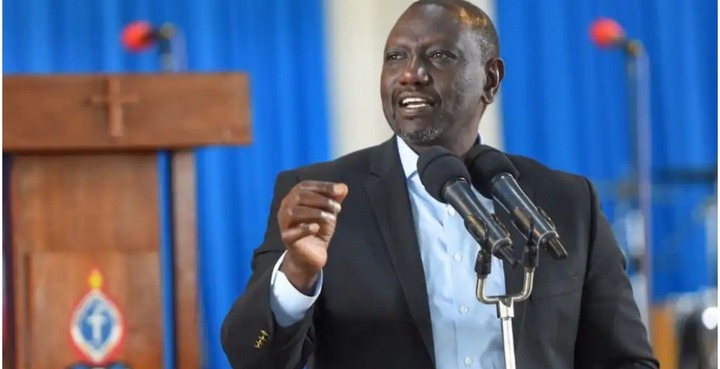 David Mugonyi, Ruto's Communications Director, denied that the DP was the owner of several of the properties that Matiang'i said were under government security.

According to the deputy president's office, several of the properties owned by the country's number two did not have security personnel assigned to them, as evidenced by documents filed in Parliament.

However, the DP's team did not specify which of Ruto's possessions are not his, as the Interior CS stated.

"To emphasize Matiang'i's irresponsibility, several of the assets listed in the Deputy President's speech to Parliament are not his. As a result, this erroneous association with unusual and imaginary traits is both needless and harmful "In part, the statement was read.

Mugonyi chastised Matiang'i for what he called the CS's "recklessness" in allocating security to what he defined as "abnormal properties" not controlled by Ruto.

He also chastised Matiang'i for saying that the DP's mansion isn't regarded in the same regard as State House or the state lodges.

Furthermore, Ruto's administration stated that comparing the number of security guards assigned to the Deputy President to his predecessors was unjust.