Ruto Watch in Disbelief, as His Ally Heckled Badly in Kakamega [Video] 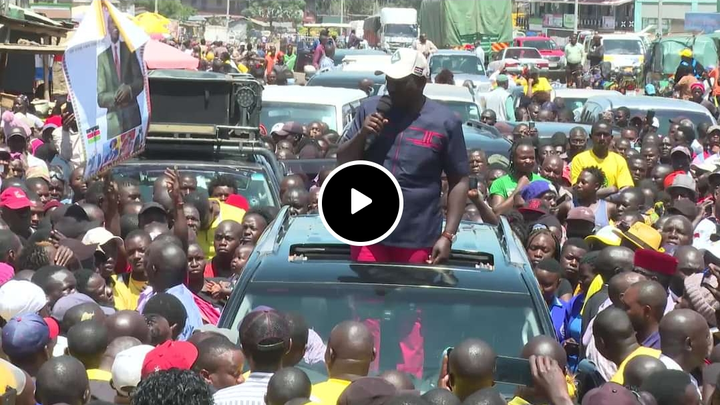 Deputy President William Ruto in a stopover at Khayenga Market,Shinyalu Constituency in Kakamega to address supporters watched in disbelief as his ally was badly heckled.

Isukha South MCA Farouk Machanje found himself in an unfamiliar state after locals booed and heckled him.

The lawmaker who tried to convince the crowd be given a chance to address them was forced to hand over the mic after chants of heckling filled the air.

Seen in the video,Farouk tried to cool down the heckling but he didn't manage and forced address system cut off.

Isukha South MCA was among the nine Amani National Congress County lawmakers who met Dp Ruto at Karen residence without the approval of the ANC party.

The ANC party later expelled them for visiting Dp Ruto and Farouk addressing the media,he said there was no clause in the ANC constitution that prohibited them from meeting other leaders.

Dp Ruto is expected to hold several meetings at Kakamega County.The Second in Command is in company of former Kakamega Senator Bonny Khalwale and over ten Mps.