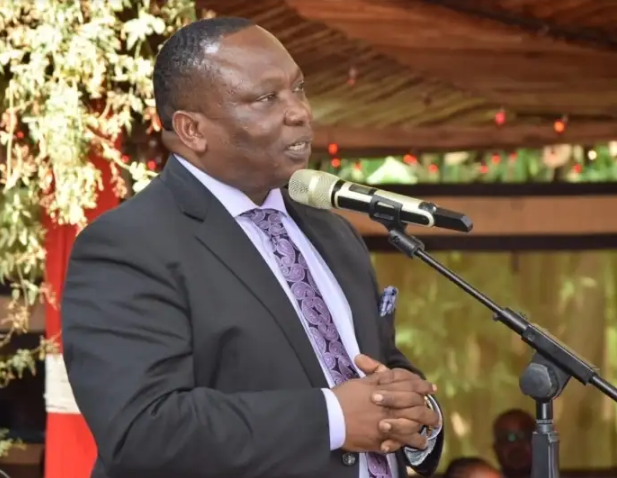 This after the businessman allegedly ferried them to the event as far from Nakuru town.

The aggrieved supporters claimed that Ngatia had promised to pay them Ksh 5000 as their facilitation fee for attending the political event.

They claimed Ngatia took them to the event to boost attendance at his function to create an impression that he was popular among his competitors in the Nairobi gubernatorial race. After doing their part of the deal, the supporters claimed that the politicians went missing on them.

The supporters are now calling well-wishers to bail them out noting that they have no fare to take them back home.

“We were told that we would be handed KSh 5,000. We came and graced Fred Ngatia’s event after he asked us to do so. Right now we have no fare to return to our homes, we call on any well-wisher to get us out of this place,” one of the purported supporters told a local publication.

The accusations have, however, been dismissed by Nairobi University students who claim that the allegations are meant to stain Ngatia’s name.

Eric Owino, one of the students at Nairobi Univerity, claimed that Ngatia’s competitors had sensed defeat in the coming elections hence sponsoring the propaganda.

“We know these malicious rumours are being peddled by Ngatia’s rivals on sensing defeat as a tactic of trying to bring him down early by discrediting his reputation ahead of the elections,” Eric told Tuko.

The incident comes after a section of youths from Nairobi declared their support for Ngatia in his bid for the Nairobi governor seat.

All Eyes on Deputy President Nominees Martha and Rigathi in the Vote-rich Mt. Kenya Political Battle

Netizens React as Karua bring Karatina town to a standstill