Ahmednasir, a well-known city lawyer and supporter of DP Ruto, has applauded a local Kenyan newspaper for publishing a bold headline on Wiper Party Leader Kalonzo Musyoka. Taifa Leo has been hailed by Ahmednasir for taking an independent editorial stance against the Daily Nation, which he has long accused of prejudice. 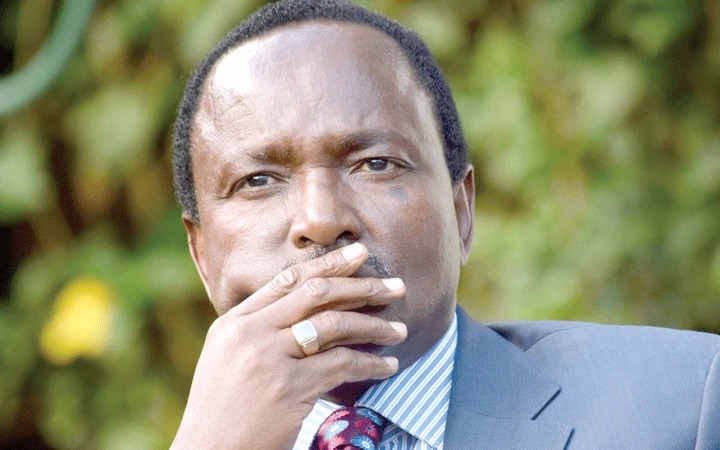 @ahmednasirlaw Taifa Leo has Africa's best front page design and headline...interesting that it takes a more INDEPENDENT editorial stance than the Daily Nation...interesting!

Wiper Party leader Kalonzo Musyoka's "price" has dropped after his party lost the Nguu-Masumba ward by-election in Ukambani, according to Taifa Leo's headline. After losing a by-election in his own hometown, his negotiating strength at the top table is thought to have dwindled. 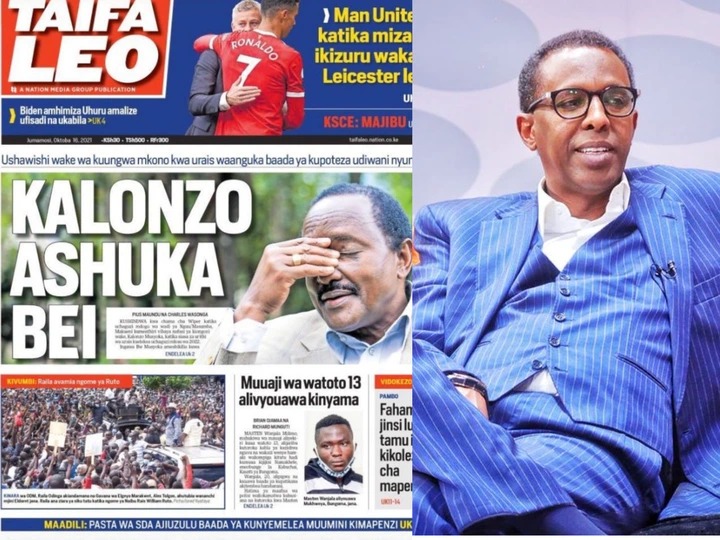 Timothy Maneno, a candidate for the Independent Party, won the By-election with 2,902 votes out of a total of 6,776. He was closely followed by UDA Party candidate with 2,219 votes. With 1.614 votes, Wiper Party Candidate came in third place. In response to Kalonzo Musyoka's loss, Machakos Governor, Dr. Alfred Mutua, remarked that it is past time for the Ukambani region to be liberated.

Raila Odinga's Secret Card With OKA That Might See him Win the 2022 General Election.