Equatorial Guinea president Teodoro Obiang Nguema Mbasogo has shocked the whole world after he appointed his son as his vice president. The 80 year old president has been in power for over 4 decades with his reign spurring over six terms as president. 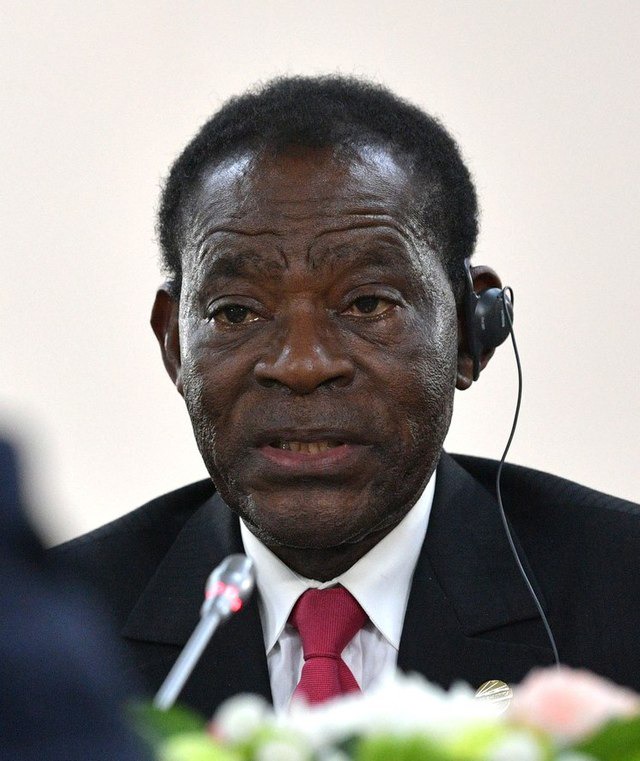 Teodoro Obiang Nguema Mbasogo seized power from Francisco Macias Nguema, who in 1968 had become Equatorial Guinea’s first president upon independence from Spain and later declared himself president for life. Since August 1979, the Equatorial Guinea residents have only known one man as president.

Mbasogo is the longest serving leader alive in the world today except the monarchs. He has been ruling his country with an iron fist and anyone who opposed him was met with a lot of brutality. 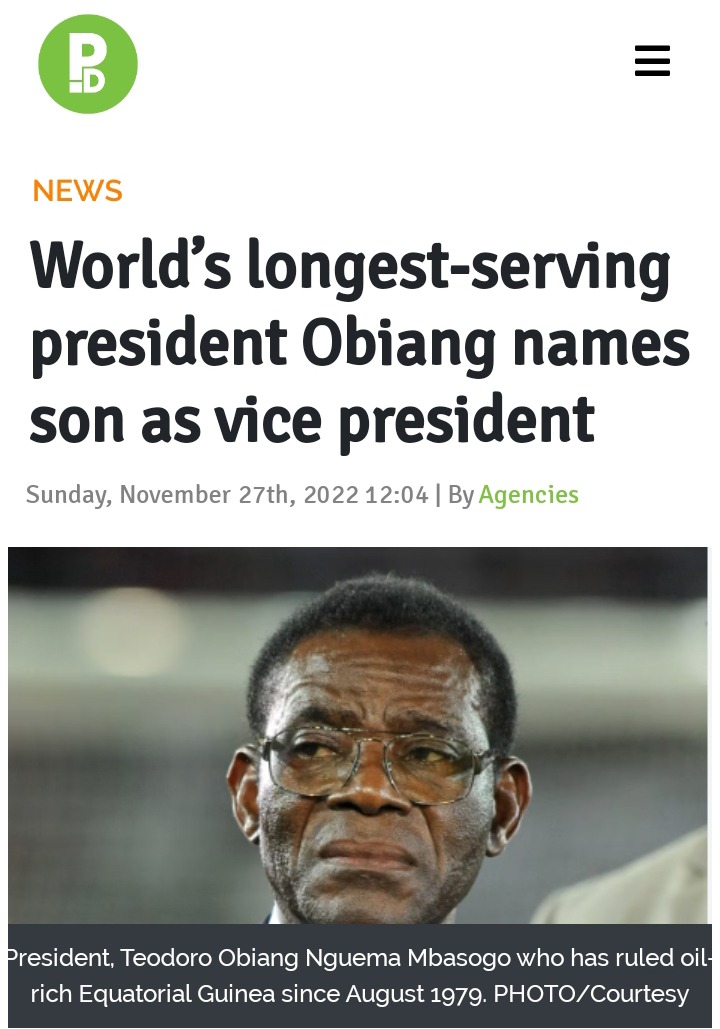 Despite the numerous reports by the human rights bodies concerning the brutality of the Citizens, arbitrary arrests and other forms of inhuman treatment, the ruler has maintained that he's loved by the people and he will continue to rule as long as they give him the opportunity.

Obiang’s son, Teodoro Nguema Obiang Mangue, known as Teodorin, is widely seen as his successor and has ascended the ranks to the position of vice president today. This has shocked many across the world on how he settled on his son the second most powerful person in the country. 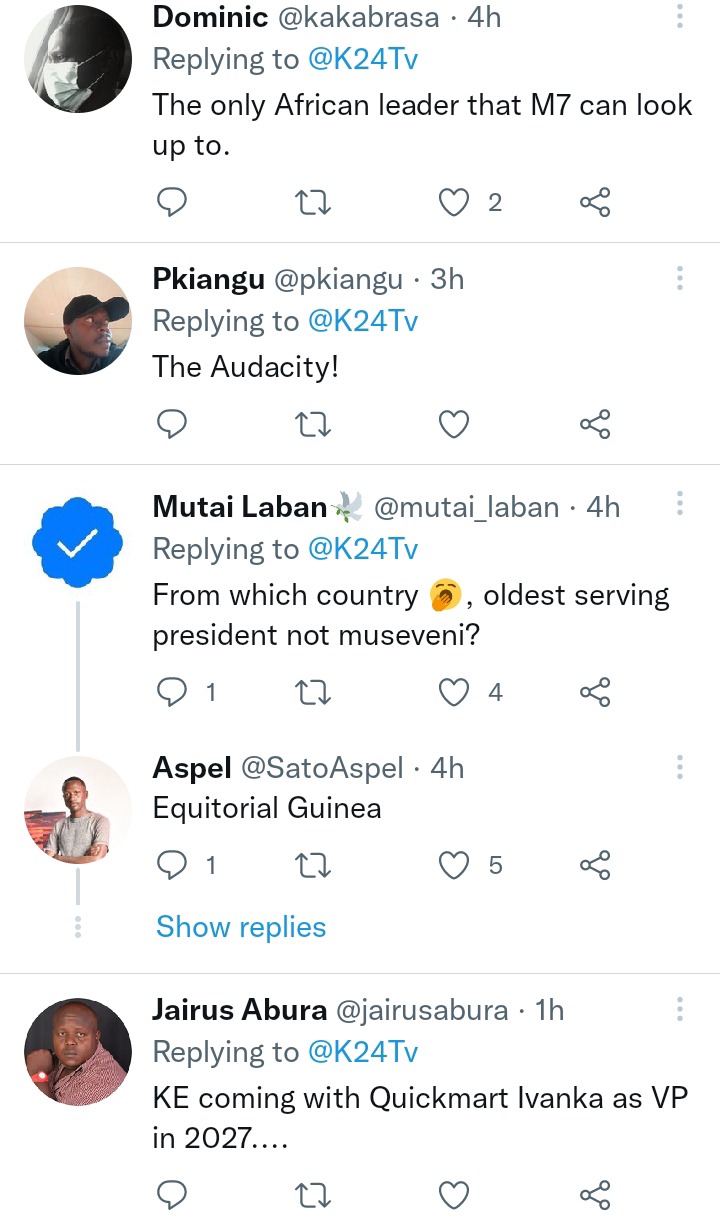 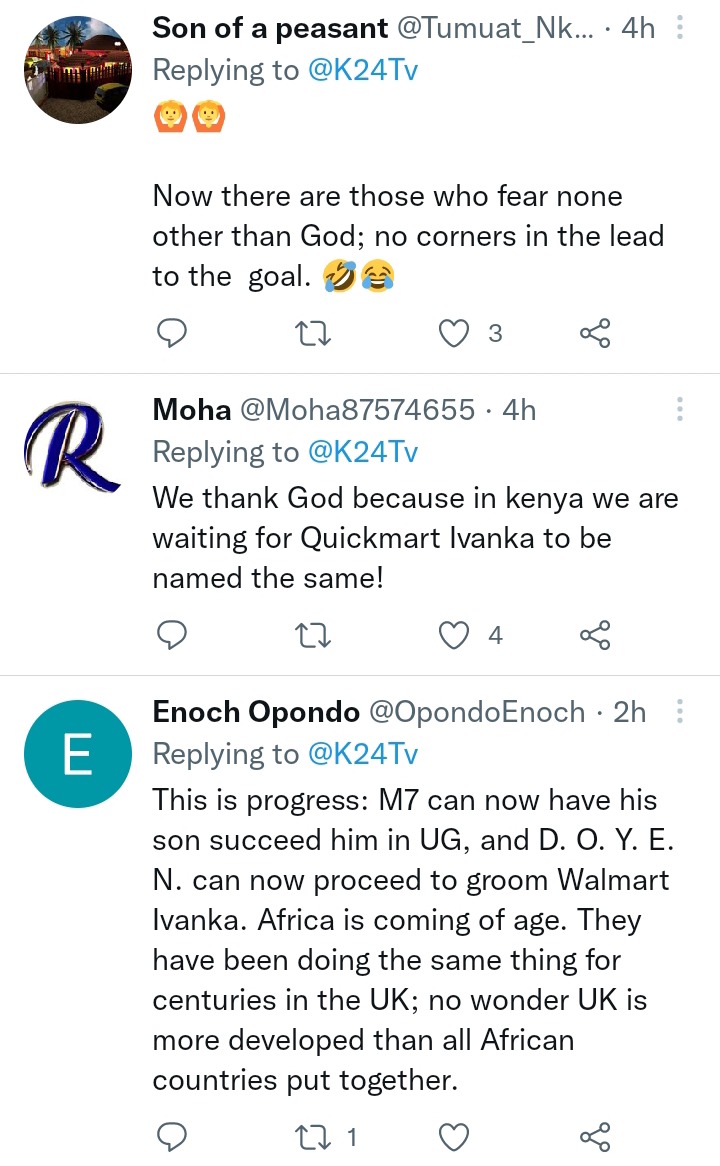