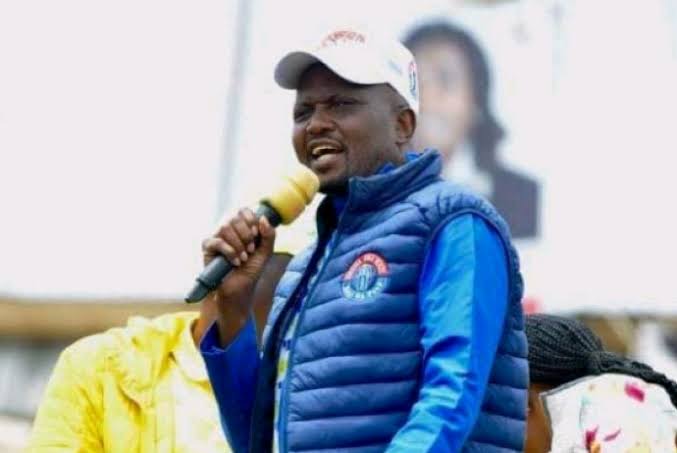 The news claiming that former Gatundu South Mp Moses Kuria wanted to shoot an election observer is fake and misleading.

In the news , it is claimed that Kuria was ejected out from the Bomas of Kenya by Independent Electoral and Boundaries Commission (IEBC) commissioner in charge of security after threatening to shoot an election observer.

The news claimed that Kuria wanted to shoot him after the observer hinted that Ruto was losing.

"IEBC commissioner in charge of security Francis Wanderi ejects Moses Kuria from Bomas Of Kenya for threatening to shoot an election observer.This happened moments after the observer hinted that Ruto was losing"the news reads

According to Tv47 however , the screenshot going rounds purportedly by them is fabricated and fake.To this , Kenyans are warned to ignore the news since they were misleading.

The tallying of elections votes is actually still ongoing and Chebukati is the only man allowed to declare the presidential election and therefore Kenyans are warned to be careful not to fall into trap of fake news. 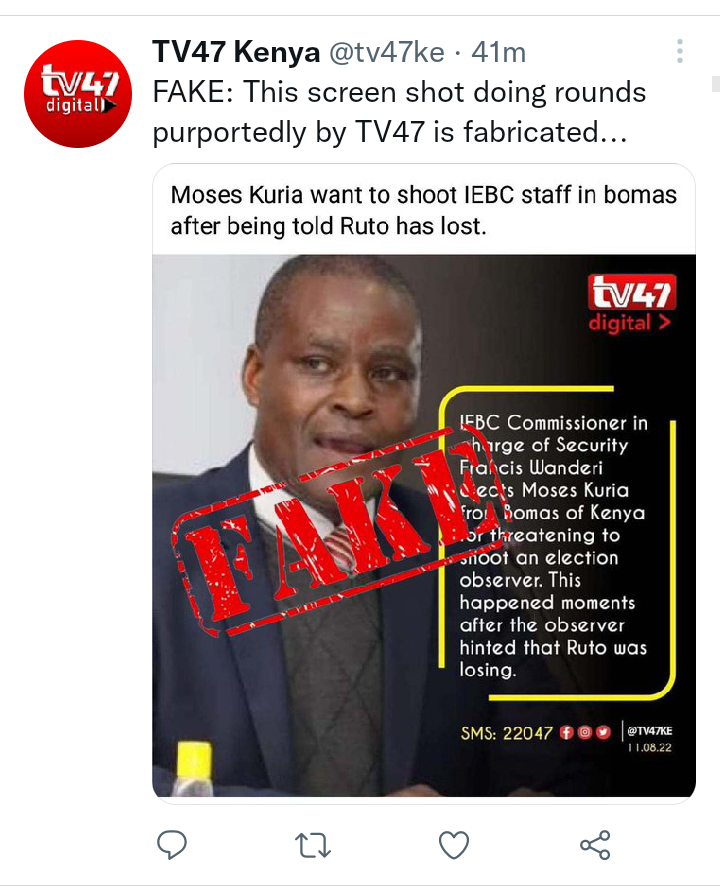 RIP: Cause of Death of Principal Whose Body Was Found at a Morgue in Meru

Life Imekataa: Man Kills Himself, Claims That He is Unable To Take Care of His Pregnant Wife

Kinoti's farewell message to Kenyans as he exits office

RIP:Photo of a Principal Whose Body Was Discovered in Mortuary Days After Mysteriously Going Missing