" I Warned Ruto Against This, Today I Feel Like A Prophet" Ngunjiri Allegedly Reveals Ruto's Mistake

The Nyeri Town Member of parliament hon Ngunjiri Wambugu has dropped a Bombshell Revealing what went wrong between President Uhuru Kenyatta and his Deputy, William Ruto after the successful 2017 Campaigns.

Ngunjiri confirmed that prior to the 2017 general elections, President Uhuru Kenyatta was adamant that he will going for his second term after which he will support his Deputy for the next 10 years. But Ngunjiri cited that Ruto made everything worse when he started Campaigning one year after 2017 general elections. He Allegedly warned him of the early Campaigns Because the President was not happy with that.

Ngunjiri went ahead to say that Ruto never got heed to that warning despite the President himself warning him. Instead Ruto Allegedly mobilized members of parliament who rallied behind him in the early Campaigns.

"I WARNED RUTO AGAINST EARLY CAMPAIGNS. HE HAS ONLY HIMSELF TO BLAME FOR WHAT HE IS FACING WITH UHURU.I reminded Ruto that it’s Uhuru who had spoken these words, and that they were spoken during the campaign season pre-2017. I warned Ruto to listen to support Uhuru.." Ngunjiri Said.

He now said that whatever Ruto is facing today is as a result of his own mistakes. Ngunjiri claimed after all this happening, he now feels like a Prophet because whatever he foresaw is what's happening. 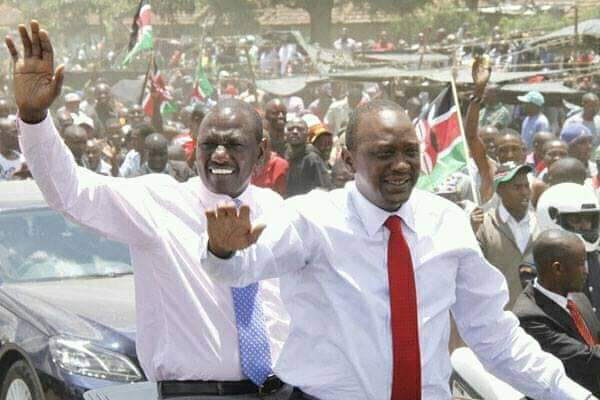 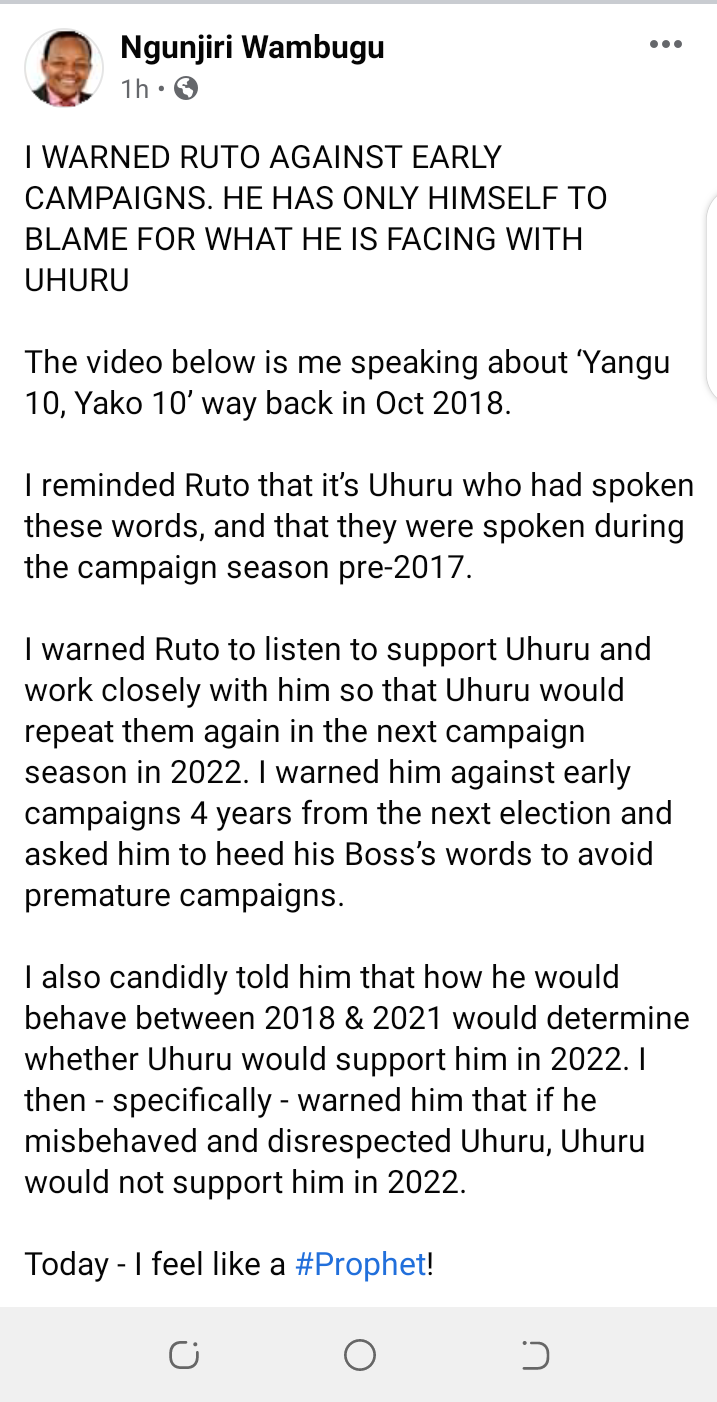