By MashHenry (self meida writer) | 14 days 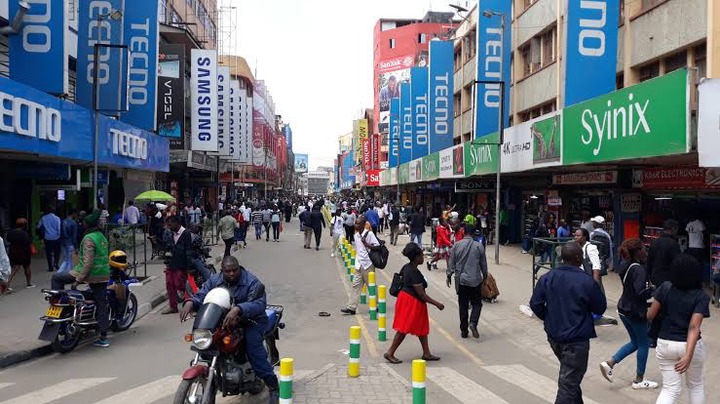 Kenyans have gone on social media platforms to pour out their frustrations in the hands of Luthuli Avenue Electronics Shop experiences. They claim that the brokers in most of the electronic shops are cons.

A social media user by the name Mwendi narrated how he went to Luthuli to buy an android tv set, a home theater and a tv stand totalling Ksh 83000. Mwendi states that he was forced to pay an extra Ksh 20000. That he was harassed and asked to add Ksh 10000 or he takes a smaller tv set.

Fortunately, he had extra cash because he had done window shopping prior and knew the exact prices of the items he wanted. 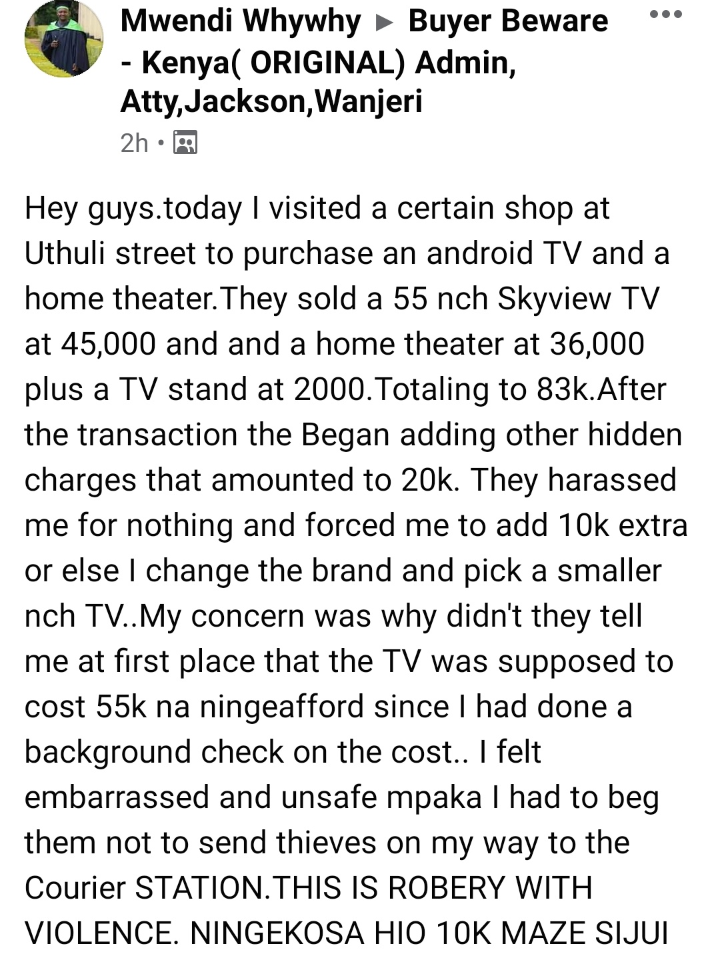 Another social media user by the name King Qiqi said that one should not just enter any shop in Luthuli because those brokers will tell you a Ksh 40k TV to be 35k after receiving the money they will come up with fictitious charges like aerial cable fee, power cable fee, HDMI cable fee and the charger fee. 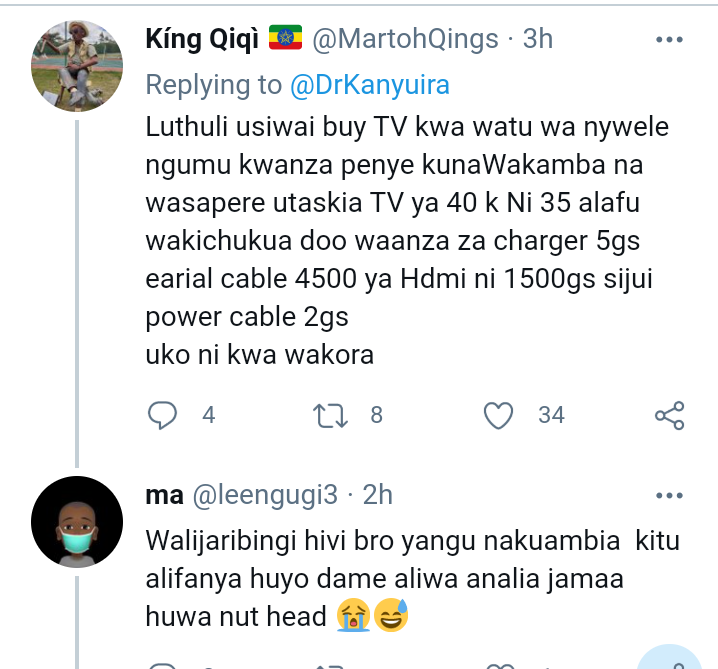 Another social media user by the name makodofia says the same scenario happened to him. 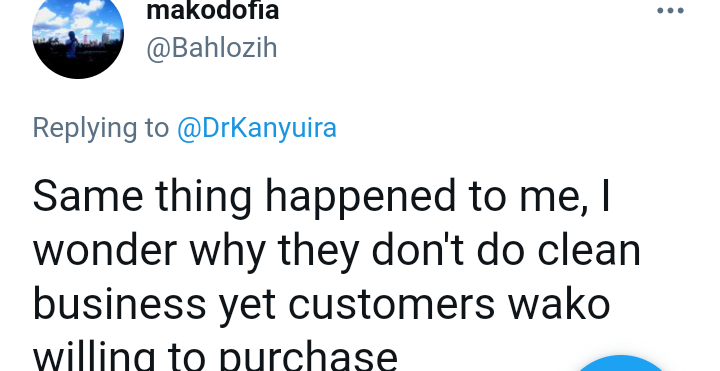 Naiboh says that the same happened to him. He says that he left the shop and came back after a while with three Subaru cars. Naiboh says the brokers gave him all the items he had bought thinking that those were policemen.

Kipkaa says that he was conned when he went to purchase a tv set set from his hard earned money at Luthuli the same way. 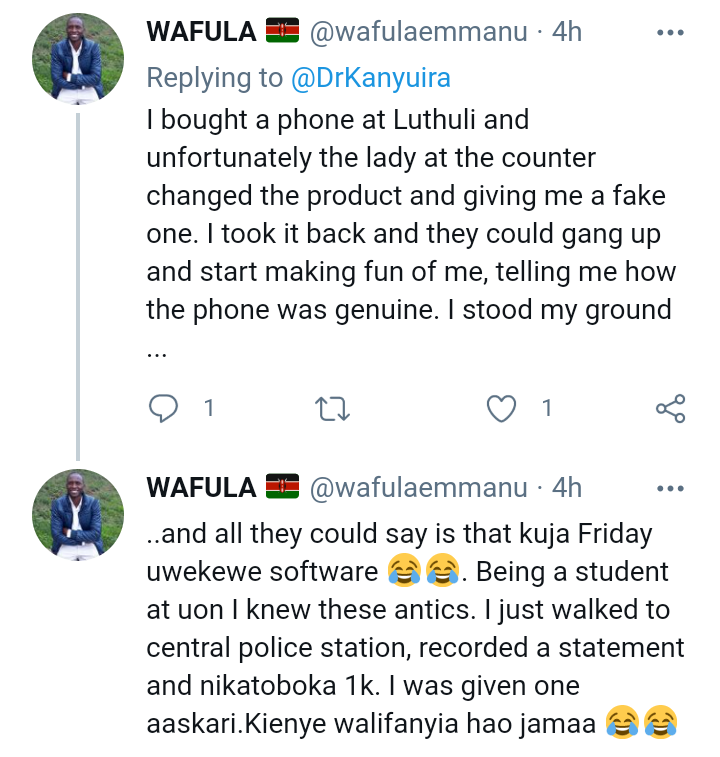 Kenyans who have shopped at Luthuli Avenue shared the tips on not being conned. Some advised that if one doesn't want embarrassments, they should buy from authorized dealers like LG shops, Sony, Samsung.

Some stated that shops owned by people from Somali origin and Indians will always give the best prices and they do not have hidden charges. 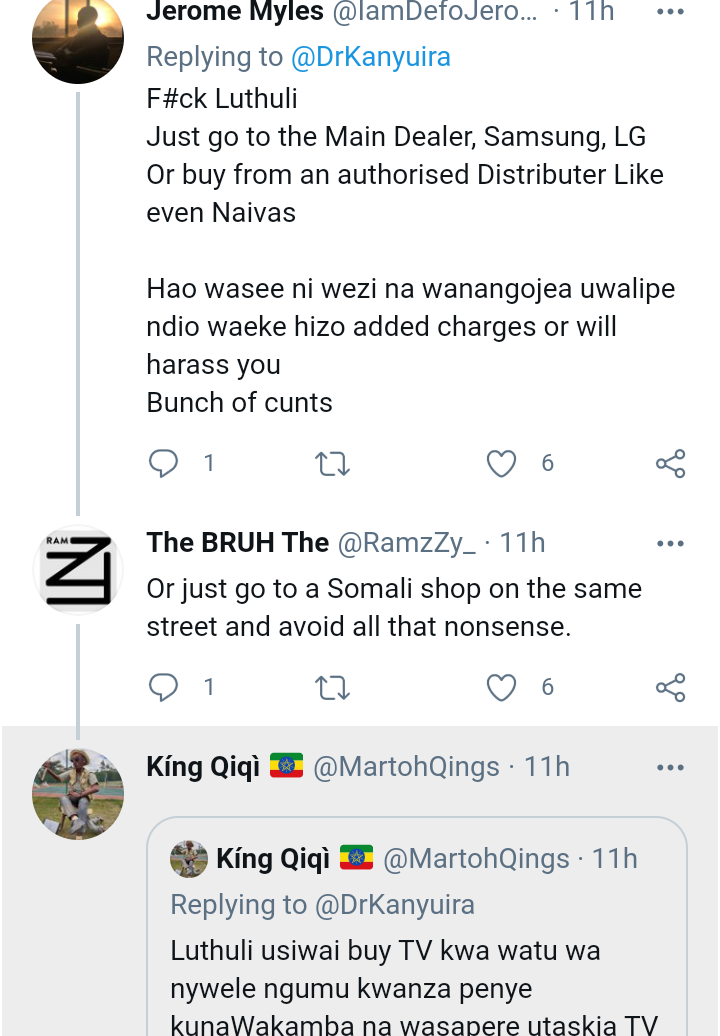 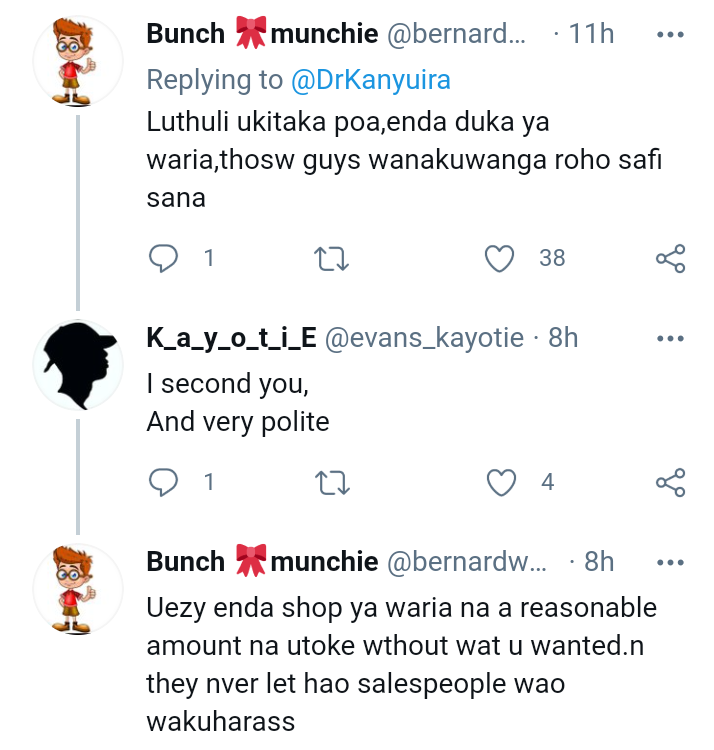 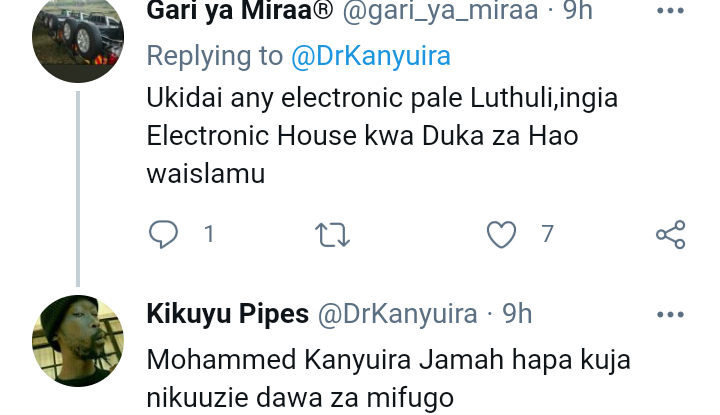 How To Make Money Online In Kenya Through Mpesa

How to Make a Simple Strawberry Limeade Cocktail