"Jubilee Is Our Party And We Must Join Hands With It," DP Ruto's Ally Makes A U-Turn

By ANjangiru (self meida writer) | 17 days

Kirinyaga County Women Representative Wangui Ngirici has said that Jubilee is still her party despite the challenges that have been experienced inside the party.

Ngirici who is one of the strong allies of the deputy president William Ruto has been involving herself with the United Democratic Movement party for a long time. 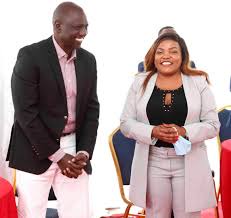 However, she has been seen lately going back to the song 'we are together' which is a slogan for the Jubilee party.

Through her Facebook page, she said she is one of those people who voted for Jubilee until the time it became a strong party.

"Jubilee is a party we formed and it will remain with us, we are joining hands with the government to fulfil what we promised to Kenyans," said Ngirici. 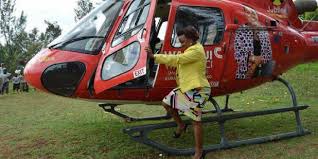 Ngirici's message was seen to have a contradicting message since she has been a strong supporter of the UDA party in the previous by-elections in March.

When the senatorial election in Makueni ended, Ngirici was seen congratulating the UDA candidate saying that the party tried its best.

It is clear that after the March by-election, the DP Ruto's allies got worried that the UDA party is like a young puppy in politics and the party may lack the muscles to enter into the 2022 elections.

There has been a very huge silence in the UDA party where some of the Western politicians who were allies of the DP Ruto were reported to have eloped from the party.

Kenyans Gang Up Against Activist For His JSC Remarks

How to Treat aTyphoid Fever

Opinion: Bible Verses Every Christian Should Read And Interpret Well