As reported by the people' s daily newspaper, Thika town constituency member of parliament Hon Patrick Wainaina ditched the united democratic alliance party to run as a independent candidate citing his dissatisfaction with the insincerity of the leaders of the bottom up economic model outfit. According to Patrick Wainaina, the chief hustler gave fake promises to people thus causing enmity after not fulfilling all of them. " . . . the mp was forced to dip into his pocket to pay millions the deputy president had pledged to women and youth groups as part of his empowerment program in Thika. . . " Said the anonymous source that spoke to the people' s daily newspaper. In addition to that, Wainaina spoke informing that he is ready to go to the ballot alone adding that it is the people of Kiambu county who will determine and not the party. It is important to note that the outspoken legislator will be contesting for the county' s top job against former governor Ferdinand Waititu. 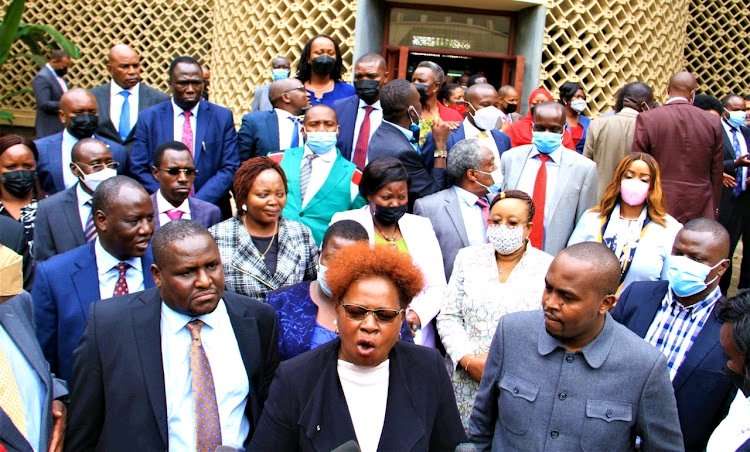 For the past few days, Dr William Ruto' s united democratic alliance party has received a series of setbacks as its members scrambled to join other parties. Things seem to be turning against the man from Sugoi even though he had claimed that his party will be the only one left by the end of last year. On the other hand, speculations are high after details leaked about a secret meeting at statehouse that was attended by the head of state, former prime minister Hon. Raila Odinga and the one Kenya alliance principals. However, the details of the meeting are yet to be revealed.