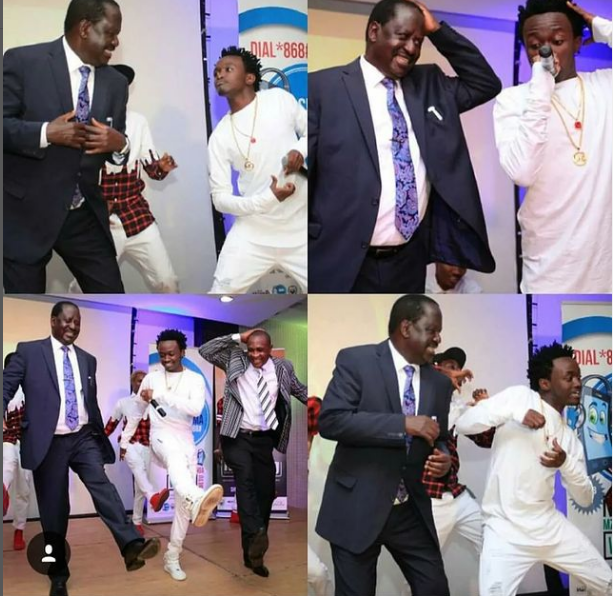 A day after ODM secretary general Edwin Sifuna made remarks about musician Bahati having relinquished his parliamentary bid for Mathare constituency,Bahati has made angry responses to protest Sifuna's utterances.Edwin Sifuna had alleged that Bahati had been affected in the zoning strategy employed by Azimio One Kenya alliance and therefore his parliamentary bid was no longer valid.Sifuna also said he would go and apologise to Bahati's wife Diana over the issue.He also reffered to Bahti as a cry baby.

Sifuna's remarks did not go down well with Bahati who over the hours has been making angry responses to Sifuna's claims.Bahati said that people should tell Sifuna to stop mentioning his name.He accused him of being a propagandist who is paid to lie about him.Bahati has also clarified that Sifuna is vying for the senate seat and the people of Mathare would not vote him.

Bahati has vowed that he is still on the race for the Mathare parliamentary seat.He has also asked how Sifuna was fighting the youth yet he wanted to be senator. 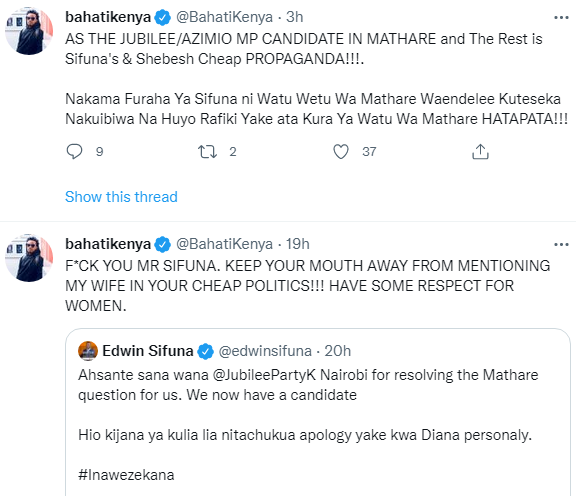