By Feddyblog (self media writer) | 4 months ago 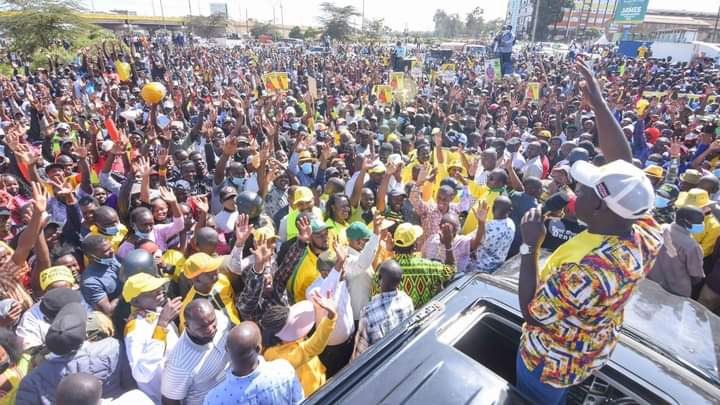 United democratic alliance party digital strategist is allegedly under hot soup for faking crowds during DP Ruto's rallies. This however has been revealed by social media users who have been keen on his posts after every rally.

According to one of the social media user known as Evangeline Karimi Hamilton on his twitter account, he has attacked Dennis Itumbi who is a close ally to the second in command and also a digital strategist for UDA party has been spotted using Reinhard Bonnkes photos. He has revealed that itumbi has been using Reinhard Bonnkes photos trying to convince kenyans that yesterday's jacaranda grounds was full to the capacity. 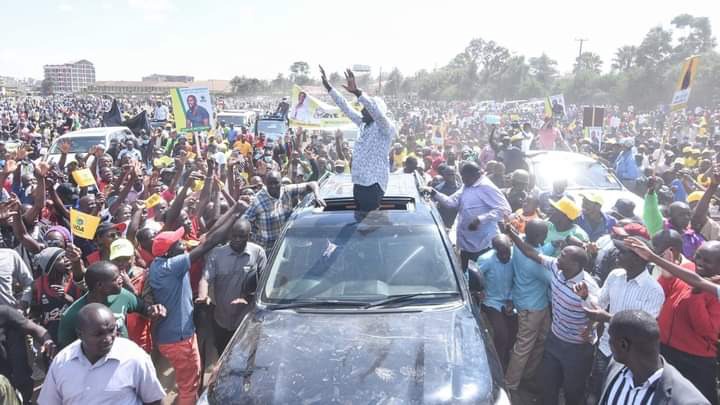 However this is not the first time DP Ruto and his camp has been attacked for faking his crowds during his rallies as one day they also used curved photos to fake crowds. Meanwhile Itumbi has been condemned on social media for giving fake photos until he has deleted the photos today. 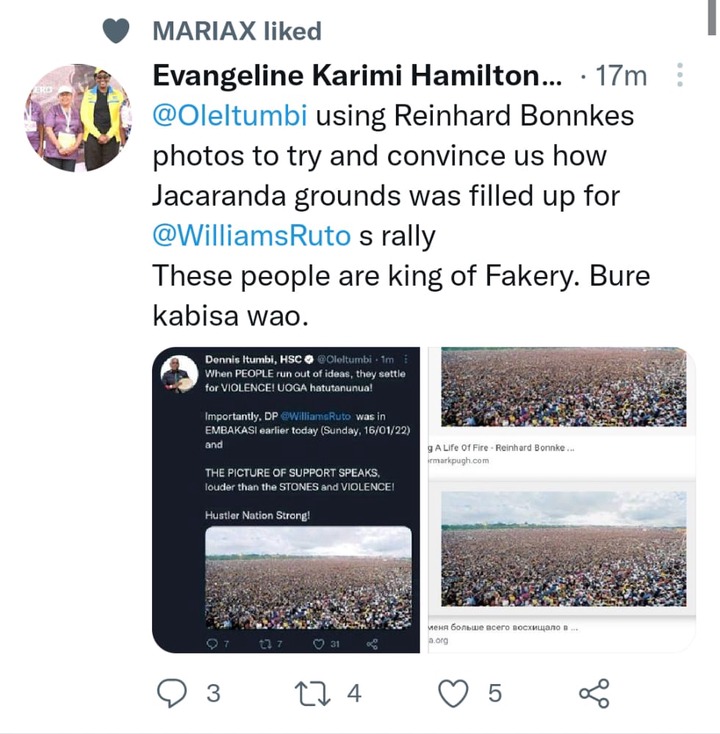