By Mwendo (self media writer) | 1 month ago

The Azimio La umoja coalition was a coalition which was formed to contest for presidency in the 2022 August general elections. Alongside three other candidates, Azimio went to the ballot but at the end of the day, victory was awarded to Kenya Kwanza coalition.

However, Azimio were not contented and they went to the courts to challenge the Kenya Kwanza win. But as fate would have it, the courts upheld Kenya kwanza victory which is led by Dr. Ruto. This eventually made Ruto to be the fifth president of Kenya.

But Azimio has critically been opposing Ruto's leadership. While faulting the head of state on made decisions, Azimio hold to it that Ruto is leading the country on the wrong direction. Led by Raila Odinga, the Azimio team has vowed to put the government pressure until it serves residents on the desired way.

In the oncoming Jamuhuri day celebrations, Raila has planned to hold a parallel event as the president leads the nationwide event. And in his Celebrations, Raila will be pushing for a vote of no confidence against president William Ruto's Government. 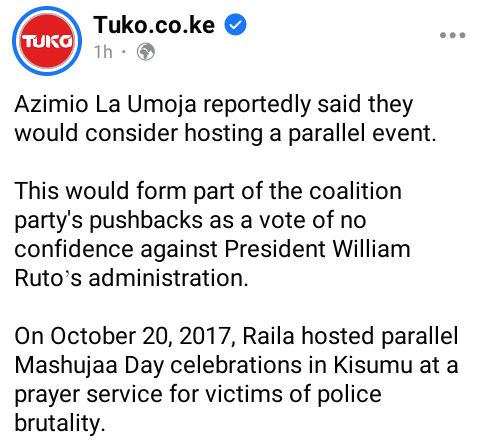 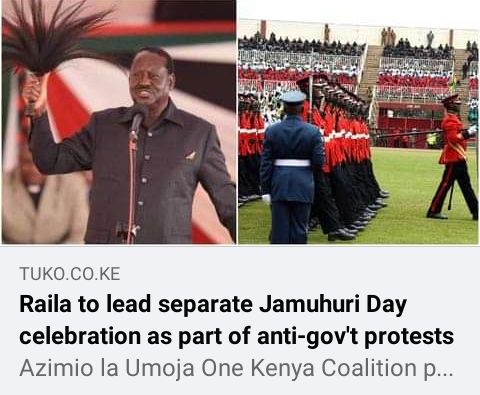 Content created and supplied by: Mwendo (via Opera News )