James Orengo Comments on Ruto's Move of Appointing The 6 Judges

By KenyaPolitics1 (self media writer) | 4 months ago 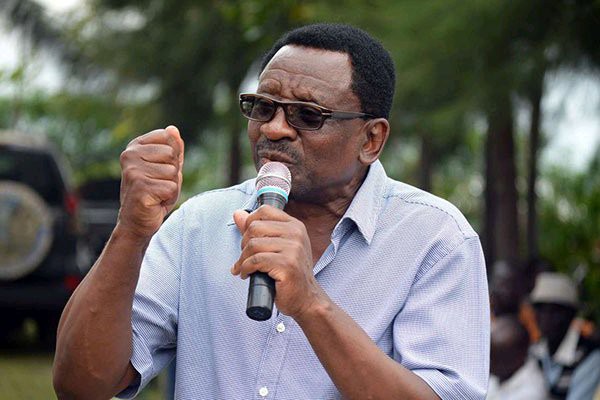 President William Ruto appointed six judges to the Court of Appeal who were rejected by his predecessor. 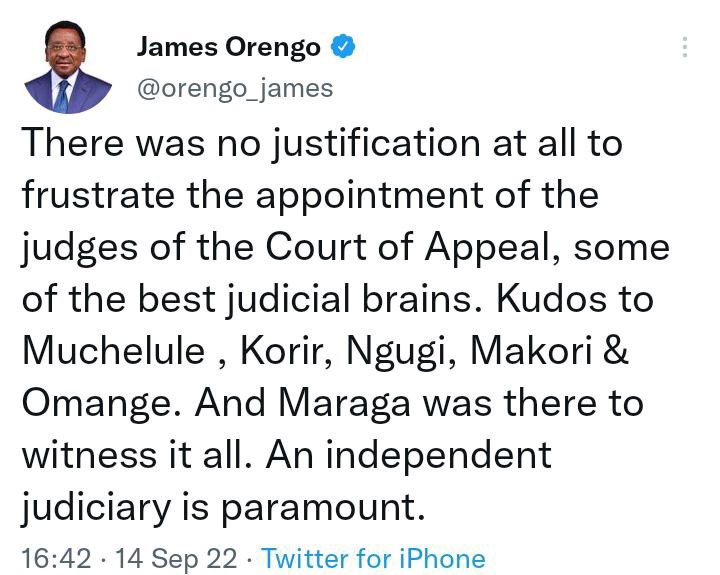 The lead attorney, in a statement released shortly after the judges were sworn in on Wednesday, said there was no excuse for the former president's failure to make the appointment to call on some of the brightest minds in the judiciary. Kudos to Muchelule, Korir, Ngugi, Makori & Omange. And Maraga was there to see it all. An independent judiciary is paramount,” Orengo wrote.

The 6 judges appointed by President Ruto were among 40 others nominated by the Judicial Service Commission (JSC) in 2019.

Content created and supplied by: KenyaPolitics1 (via Opera News )