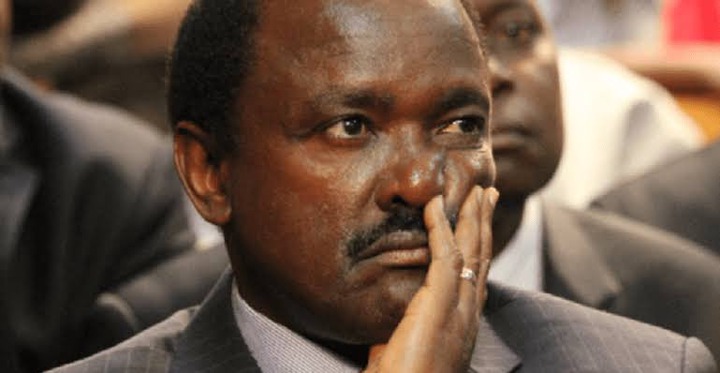 It has emerged that the influence of Wiper leader Kalonzo Musyoka in the Coast region has continued to wane as its members continue to decamp from his Wiper party.

Some of those politicians are now mostly supporting the ODM party led by Raila Odinga and the United Democratic Alliance (UDA) by William Ruto.

The decamping of former Mombasa Senator Hassan Omar, who was a key figure in Wiper Coast, undermined the party that gained popularity in the area under the umbrella of the former Nasa coalition. 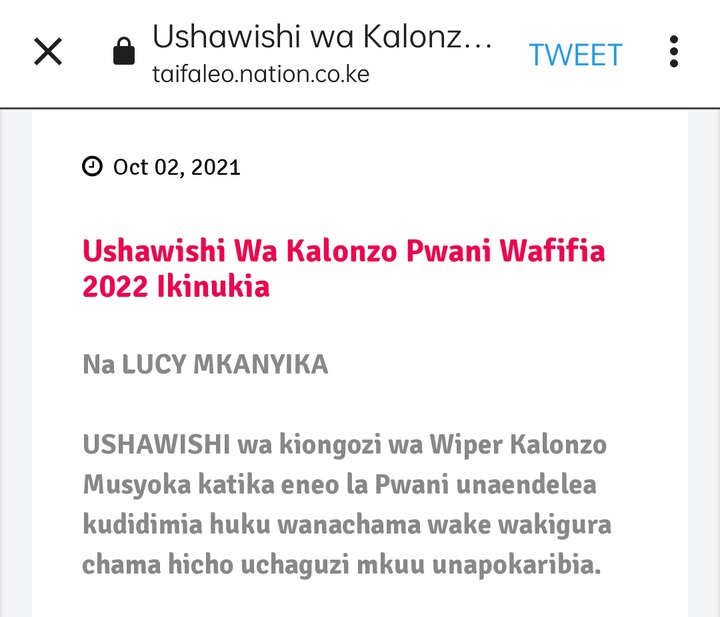 Kisauni MP Ali Mbogo, on the other hand, is in Dr Ruto's camp despite being a member of Wiper.

In Taita Taveta County, Governor Granton Samboja who was elected on a Wiper party ticket, has changed his position and is now joining Mr Odinga's camp.

He has been joining Mr Odinga in his public rallies in the Coast region and has invited the ODM leader to launch various development projects in the County.

The ODM leader has garnered great popularity on the Coast since the 2007 general election.

Governor Samboja is working with Mombasa Governor Hassan Joho to campaign for Mr Odinga ahead of the 2022 general election.

Although the governor of Taita Taveta has denied leaving the Wiper party, his decision to support Mr Odinga's bid to enter the White House has sparked rumors that he plans to join the ODM. In an interview last week, Mr Samboja maintained he was still a member of Wiper.

"Even my party leader is working with Mr Odinga. He is a leader of national dignity and has been cooperating with everyone, ”he said.

Mr Samboja said he supported Mr Odinga's bid to enter the White House due to his commitment to the restoration of democracy in the country.

"My party leader should wait until 2027. Give Mr Odinga a chance to make a difference in the country. He is a unique leader who is ready to share this Coastal region in his government, ”he said.

Mr Samboja said Coasters would not only continue to be voters, but would work with other leaders to form the next government. Mr Musyoka was Mr Odinga's running mate in the 2013 and 2017 elections.

However, he has vowed not to support him again, saying he must win the presidency. The remaining politicians in Wiper at this time include former Matuga Minister and MP Chirau Ali Mwakwere (Kwale), MPs; Ali Wario (Garsen) and Danson Mwashako (Wundanyi).

Although Mr Musyoka is still popular in Ukambani counties, he has been facing opposition from governors such as Alfred Mutua (Machakos), Kivutha Kibwana (Makueni) and Charity Ngilu (Kitui).

A few months ago Professor Kibwana resigned from Wiper and rejoined the Union party which he wants to use to run for president in the 2022 general election.

What Ndindi Nyoro Did To a Hustler Raising Dp Ruto's Portrait In Lamu, Residents Applauded Him(VIDEO