By kagane_ke (self media writer) | 2 years ago 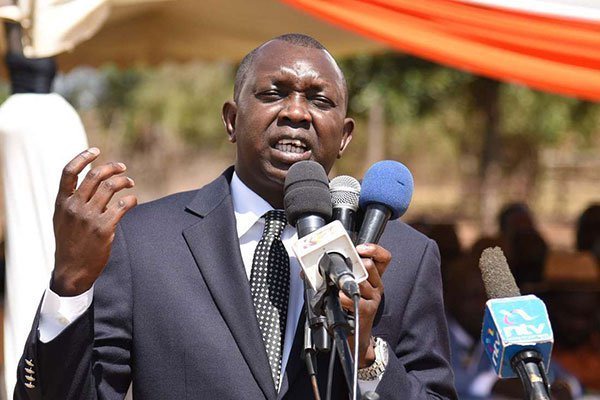 Kapseret Member of Parliament Hon Oscar Sudi has fired back at a report from Parliamentary Scorecard publicized by Mzalendo a Parliamentary Monitoring Organization disclosing names of those legislators who have never spoken in Parliament since 2017.

According to the Report, it has informed that the Kapseret Member of Parliament who is a vocal leader in Deputy President William Ruto's camp has never made his contributions in the Parliament since 2017 among other leaders.

After receiving the reports, the Kapseret MP has not been overwhelmed by the allegations angrily reacting over the remarks asking," So it happened. So What?" 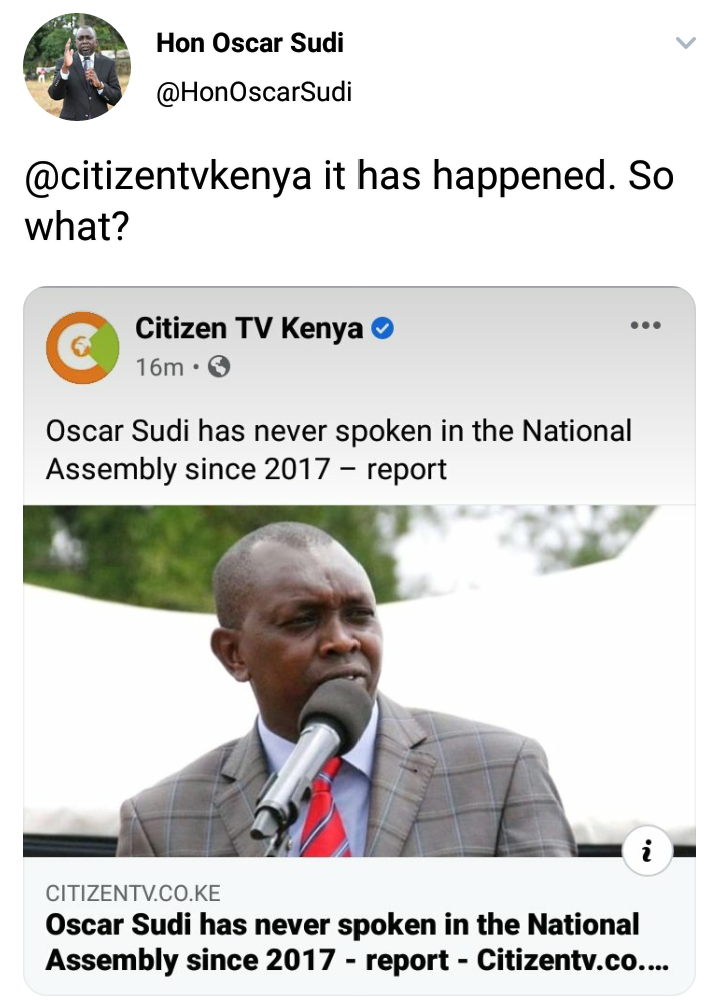 The report also disclosed names of other 20 legislators who haven't made contributions at plenary in 2019.

According to list 2 of the silent members are Senators while others are Members of Parliament with 2 Females MPs and 16 Male MPs.

For Oscar Sudi, details have revealed that he has been all through been silent in the parliamentary proceedings since 2017 with others in the list who include:

"Kumbe?" Meaning Of 'G' In Riggy G by Aaron Cheruiyot