ODM Camp Sends A Warning To Kenyans Over Trending News 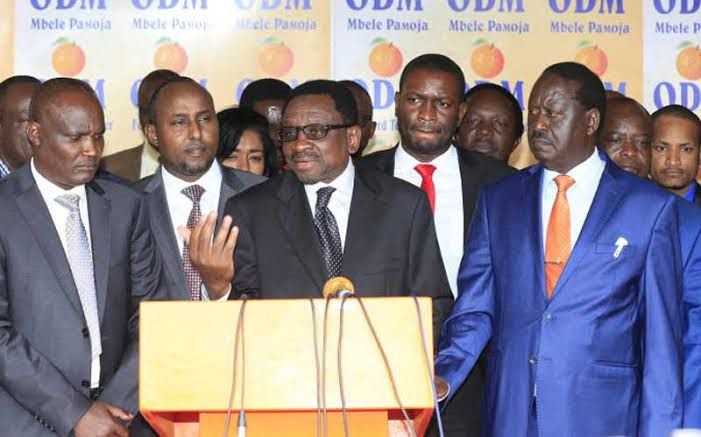 The ODM Party has recently send a warning to Kenyans over trending news on social media. Philip Etale who is the ODM Communication Director has claimed that their position over the news is that they are fake and Kenyans should avoid trusting them. In his remarks he said that, as ODM Party he wants their members and the general public to be aware that they do not have and organ that is know as Legal Caucus and any messages from the said Caucus does not reflect views of the party.

His remarks came after the stinging letter of Dr. Willy Mutunga to President Uhuru Kenyatta. In the letter it was alleged that retired Chief Justice, Willy Mutunga stated that in the name of the Constituction, Uhuru as the alleged person in the letter should stop being a hypocrite. He claimed that he was elected to speak elaborately and strongly in his open letter to the President that they will extend the same courtesy. In the letter it was alleged that ODM addressed the former Chief Justice saying that they laud his letter as he oversaw the 2013 general elections petitions and now that they remember the constitutional provision over the same.

In the letter it was believed that it was Mutunga who invented a new standard for presidential elections petitions therefore ensuring that those challenging a president-elect who has won in the first round election must provide enough reasonable evidence to doubt the outcome of the elections. 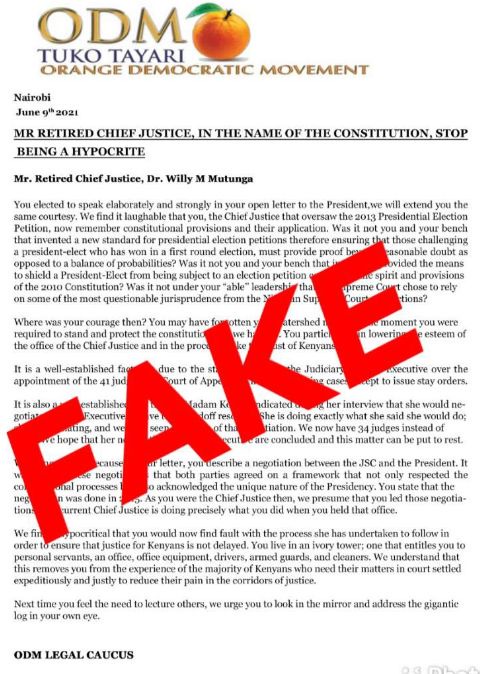 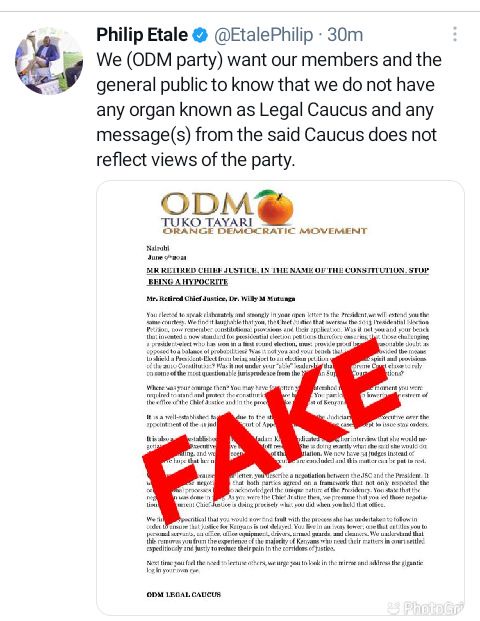 Mudavadi, Wetangula to Get Plum Post in Ruto's Government as Insiders Leak The Plan

Gov. Kibwana Breaks Silence On Raila, Kalonzo War, Reveals The Details Of The Agreement Between Them