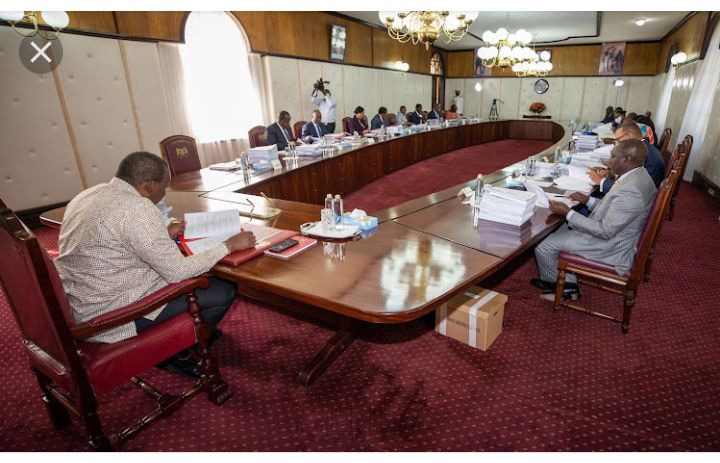 In the forthcoming general elections, Kenyans are expecting to get their fifth president. From the list of the presidential contenders, the former prime minister Honorable Raila Amollo Odinga of the Azimio La Umoja-One Kenya Alliance and his counterpart the Kenya Kwanza Alliance flag bearer Honorable William Samoei Ruto are seen as the top contenders.

Their celebrities across the country Kenya have made majority to believe that either of their camps Azimio La Umoja-One Kenya Alliance or Kenya Kwanza Alliance might form the next government that will take over from President Kenyatta's regime which is set to end in August. This is when President Kenyatta who is currently serving his last term shall officially retire upon the completion of his two-terms.

Honorable Najib Balala is a popular politicians who had served the Kenyan government in different political capacities. He had served as the Member of Parliament Mvita Constituency. He had also served in the ministry of Tourism and Wildlife during president Kibaki's regime. Balala is currently serving as the Cabinet Secretary for Tourism in President Kenyatta's government. 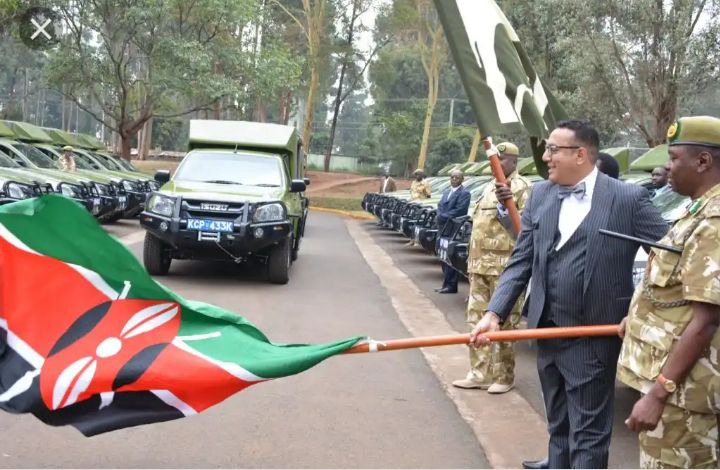 According to the post by the Citizen TV in the their official Twitter Handle, honorable Najib Balala makes a bold declaration that he will be in the next government.

"I have been in the government since 1998 and I will be in the next one and serve in any position that is there for the good of all Kenyans", said the CS as quoted by the Nation. 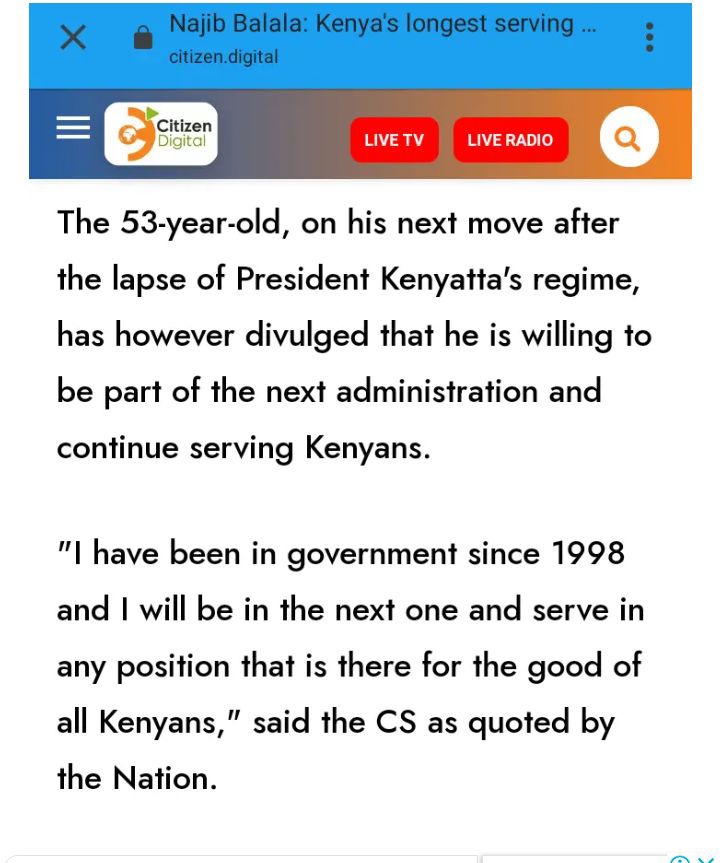 Being that CS Balala have not yet declared the political wave that he supports between the two strong waves Azimio and Kenya Kwanza, could it be he had sensed the coalition that might win and he is now planning to join? That's the question many Kenyans are now asking.