The outspoken Kikuyu member of parliament and Deputy President William Ruto's pointman in the Mt Kenya region has unleashed the biggest plans in the United Democratic Alliance (UDA) party. Amid rumours of his decamping from Ruto's camp, Ichung'wa has told Citizen TV Kenya on the Daybreak show that UDA wants an economic empowerment fund that will allocate ksh 100 million per constituency for Kenyans to access in terms of cheap loans.

According to the Kikuyu law maker, UDA is a national party that conducts free and fair nominations in by-elections. Ichung'wa who has observed that Kenya is currently going through tough economic times has advised political formations to advise and inform Kenyans on ways to come out of these dire economic times. 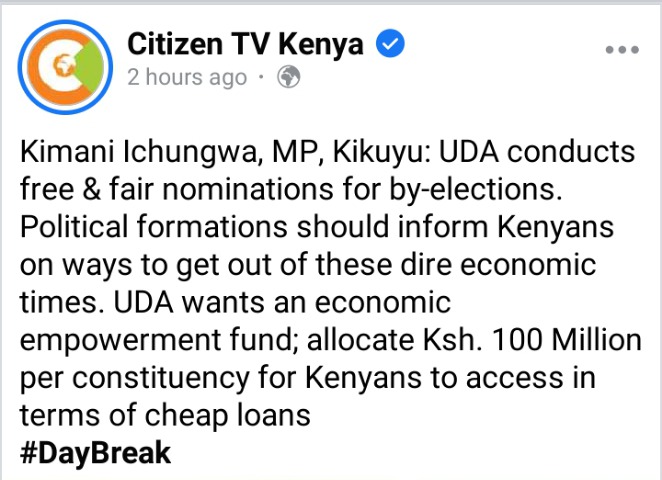 The Ruto led UDA has been advocating for a bottom up economy where focus will be on elevating the economic status of the common man.

The political formation has adopted the plan and publicized it as the "Hustler narrative" meaning empowering the Wanjiku. 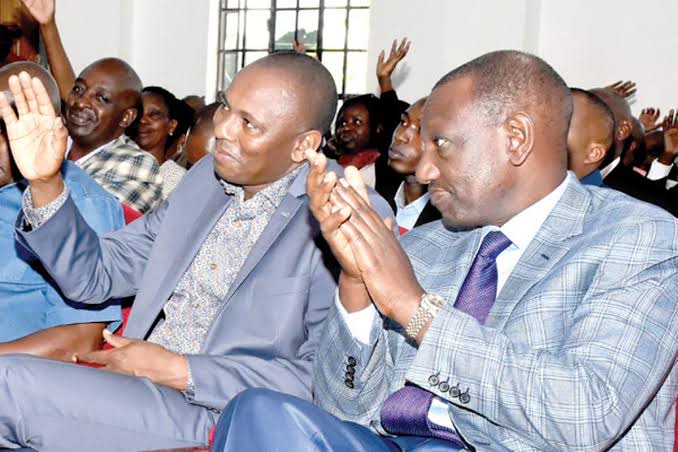 Kimani Ichung'wa in demonstrating that UDA is indeed a national party and a well organized one has pointed out that they already have an economic model unlike their competitors.

Mohammed Wehliye who is a senior economic adviser and an ODM supporter noted a few days ago that UDA are really organized adducing to their economic model. 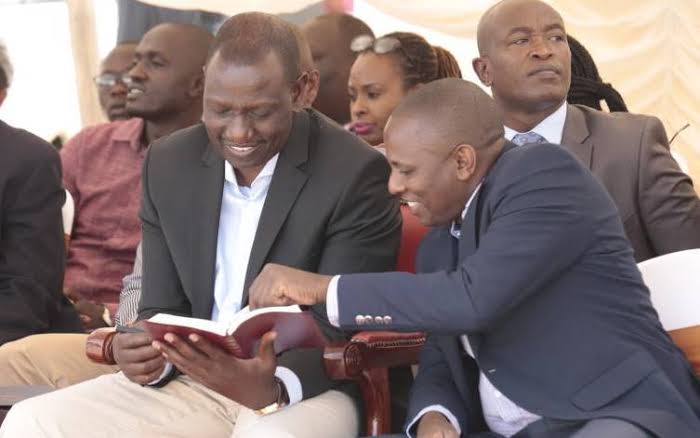 According to Ichung'wa, the nominations that UDA conducted in the forthcoming Kiambaa by-elections and the former ones in Juja were free and fair, promising that subsequent ones will be the same.