Politics in the country are taking shape as political parties are receiving defectors from various parties in a move to align behind preferred candidate. In this alignment ODM and UDA party are the most beneficiary as they are regarded as one with hopefully presidential candidates.

Deputy President William Ruto today has received two prominent and influential politicians in his camp who endorsed his presidency and promised to work together in mobilizing Kenyans to support his affiliations going forward.

Bungoma Deputy Governor Prof Charles Kibanani Ngome and CECM for Roads, Infrastructure and Public Works in Bungoma Hon Collins Mukhongo both were received by the Deputy President among other UDA members in his Karen residence where they acknowledged his agendas as the best way to go. 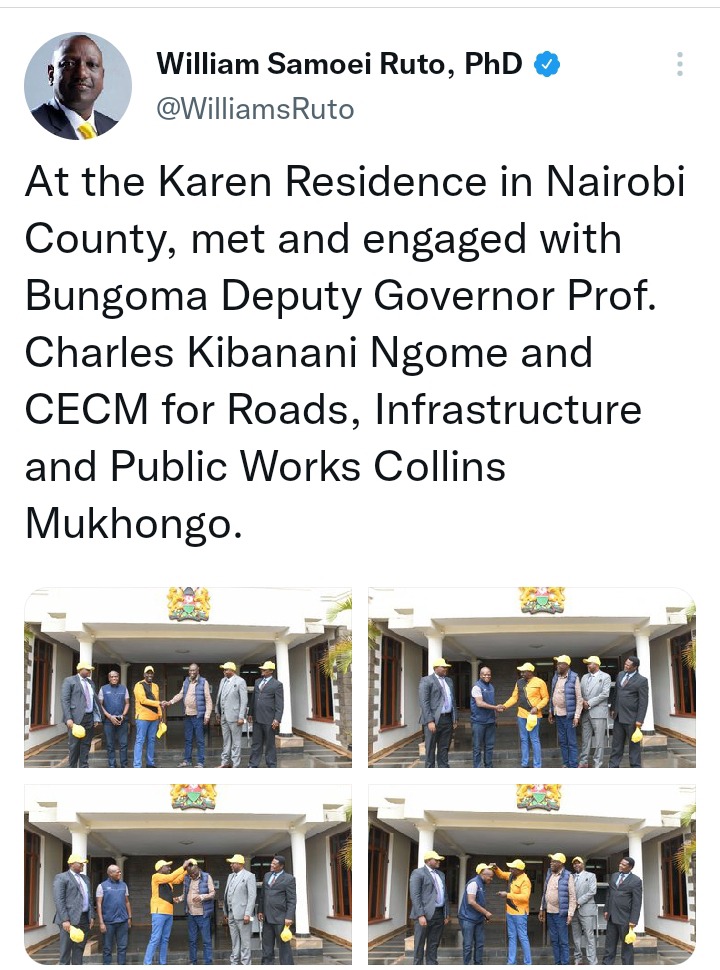 This is a big milestone to Dp Ruto in garnering majority of votes from the western region which in previous days has been regarded as Raila Odinga's stronghold. The two are now under the UDA emblem and have promised to dance to the tune of the second in command.

Politicians are rallying behind political affiliations regarded to have weight and touch on the ground where most citizens are likely to resonate with the aim of not being left out in forming the next government.

Purity Ngirici Ahead Of Anne Waiguru In The Race To Be Kirinyaga's Governor, Opinion poll Reveals

Raila to Reschedule his Political Strategies