Does Raila Fear Jimi Wanjigi Or DP Ruto? Details Emerge About Why He Hasn't Declared His Candidature

By demahom (self media writer) | 16 days ago 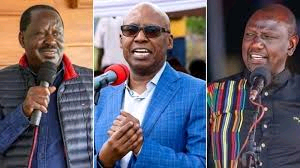 The former Prime Minister Hon Raila Amolo Odinga on his side is yet to officially declare his presidential bid. So, does he fear his friend Jimi Wanjigi or the Deputy President Dr William Samoei Arap Ruto? No. According to Hon Raila Amolo Odinga, he affirmed that his main focus is to take his Azimio La Umoja campaign bid to Kenyans, informing them of his track record as well as unveiling his plans for the future.

The former Premier noted that his decision would be based on the opinions and consultations from Kenyans.

"The Orange Democratic Movement (ODM) leader, Raila Odinga, has disclosed why he is yet to declare his candidature to succeed President Uhuru Kenyatta in the 2022 General Election." Tweeted by Kenyans.co.ke 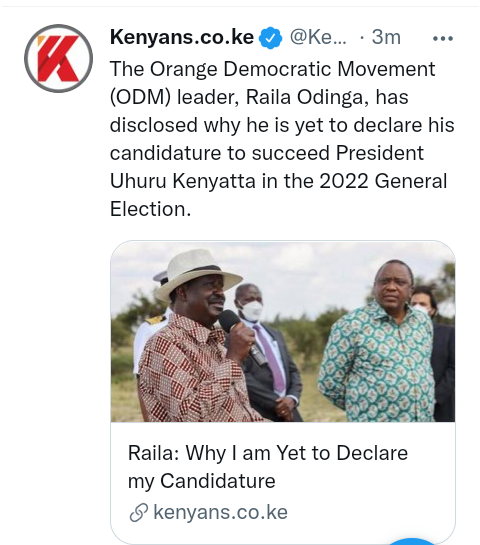