By Ckibiba (self media writer) | 14 days ago 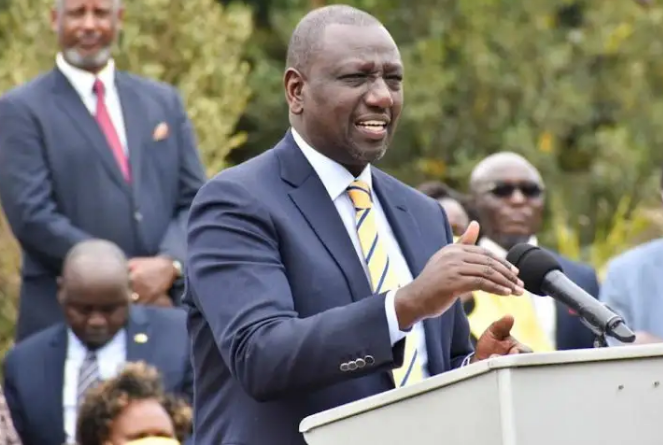 Reminiscent of a Nollywood movie scene where the villain of the story, after running mad, begins to admit to all of the wicked actions he committed under the cover of darkness, so appears to be the case with what is currently going on in Jubilee.

It is now emerging that despite the strong talk and vote of confidence that president Uhuru and his deputy kept showing to IEBC in the aftermath of the contested 2017 poll, behind the scene, the ruling party itself was undergoing turmoil and hiding major frustration in Chebukati and his team.

Former Nairobi County Assembly Speaker Beatrice Elachi, while appearing on Citizen TV’s morning show Daybreak which was hosted by Sam Gituku this past week, revealed a hidden incident that took place in the Jubilee party during the outfit’s nomination process.

She said that prior to the infamous nomination exercise for the Jubilee party which was memorably bungled and had to be redone, the original plan was to conduct the polls using the party structures and machinery.

However, a decision was reached that instead of conducting the party polls using the Jubilee register, they would use the voters register of the Independent Electoral and Boundaries Commission.

Elachi revealed that when the polls were finally conducted, the process was left in chaos, disarray and shambles.

The IEBC register was so unreliable and the entire exercise became so prone to manipulation that by the time it was closed, it had become clear to all and sundry that the process had been compromised.

To make matters worse, Elachi said the chaos led to cases where candidates who had lost by slim margins took advantage of the prevailing disarray and confusion to try and tamper with the results which were already questionable to begin with.

At the time, when the Jubilee Secretary General Raphael Tuju called off the exercise he claimed it was because the turn out had been bigger than they expected, and had overwhelmed them.