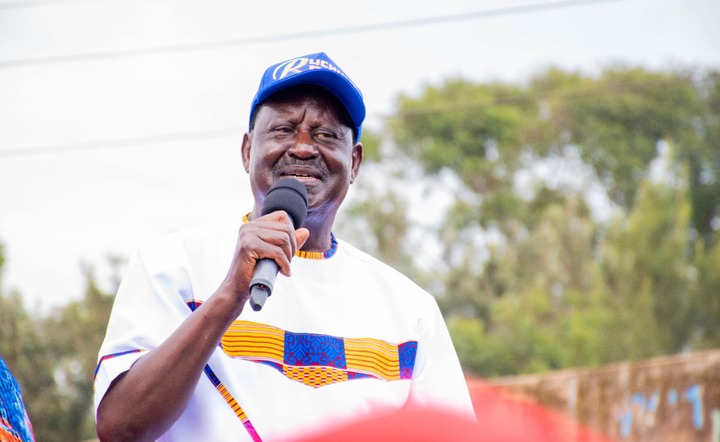 ODM leader Raila Odinga has again shown Kenya and the world that indeed he is still the political master in Western Region even after losing the support of the political heavyweights from the region.

That is ANC leader Musalia Mudavadi and Ford Kenya Moses Wetangula who are currently drumming up support for DP Ruto's presidential bid.

Yesterday, the two parties, the Azimio La Umoja led by Raila and Kenya Kwanza led by Mudavadi were all flexing muscles in various parts of Western Region.

And surprisingly, the rally Which was made in Vihiga County, the Azimio La Umoja rally is what caught the attention of the media and Kenyans at large.

The kind of reception given and the size crowd pulled in the rally was unmatched by that of Mudavadi and Wetangula.

Almost a similar reception has again been given to him today by the residents of Busia County where he still stands to be the most popular politician more than any other place in Western.

Even in the photos he has just shared online from the rally in Butula Constituency, Busia County, you can see for yourself and make an honest judgement on his current political strength in the region as compared to Mudavadi and Wetangula. 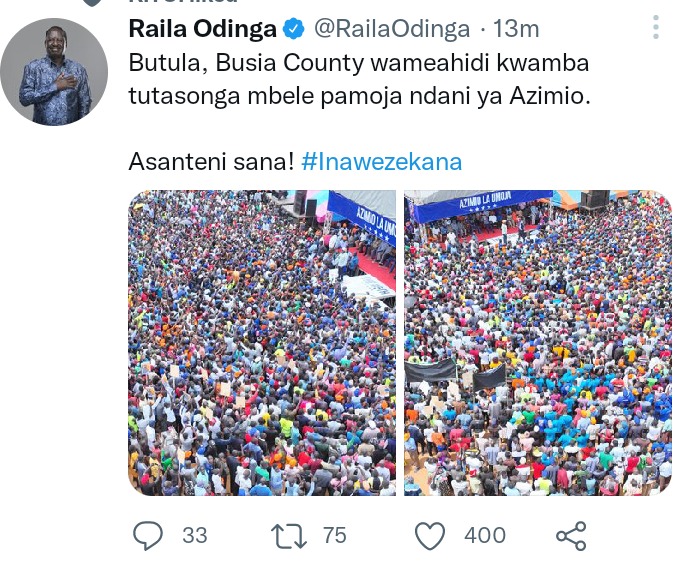 And by then he was still being backed up by both the ANC leader and Ford Kenya leader under ODM, CORD coalition and NASA.

But since the two left him, many people have been thinking that he would lose his grip in the region. But now, just with his two major rallies in the region, one can judge for himself or herself on how the ground looks like.

What Gachagua Said In Front Of DP Ruto That Left The Crowd Laughing While At Kasarani.