By Vanchoxx (self meida writer) | 1 months 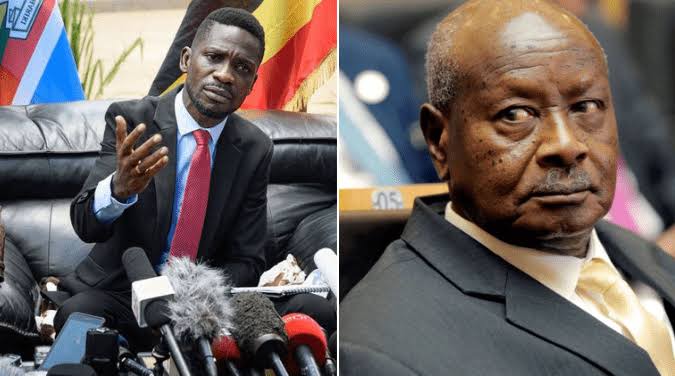 Robert Kyagulanyi went through hell during Ugandan ended elections. It Is the by chance that he survived the brutality of dictator Museveni and he should be thankful he is still breathing. Thousands of innocent Ugandans were arrested, some killed in broad daylight while others were illegally detained. As if this is not enough it was so sad to see some of the presidents attend his Inauguration Including President Uhuru Kenyatta.

When innocent souls were being swallowed by President Yoweri Kaguta Museveni nobody dared to speak about it and dictator Museveni continued destroying young souls mercilessly. There was a huge relief in Uganda when fake news that were aired that Museveni was sick. Some wished that he could have been pronounced dead but seems like the Dictator isn't going anywhere anytime soon.

Bobi one broke silence mid Museveni's son sickness and told his supporters that non was free. He said, "Such an honor to connect, @cthagod. Thank you for using your greatness to make the world a better place for brothers and sisters near and far. None of us is free until all of us are free." 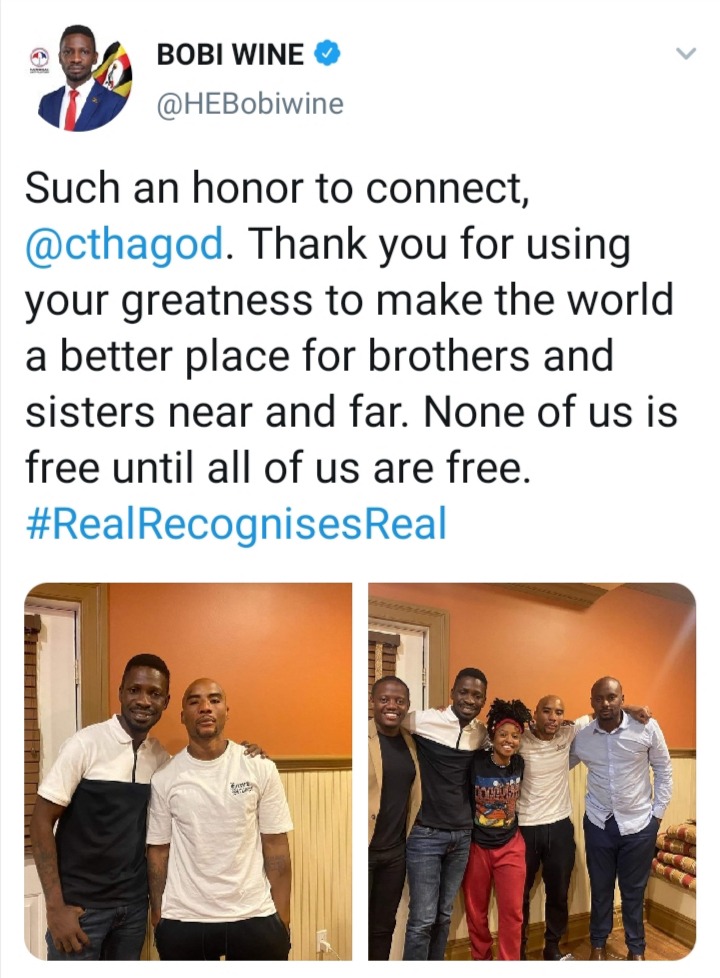